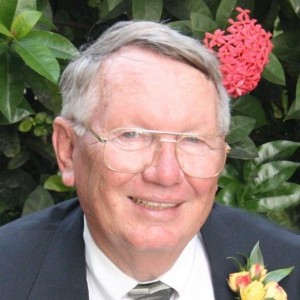 Reverend Robert Allen Thomas was born January 31, 1934 in Norridgewock Maine. He was a loving father and husband and a devoted man of God. He committed his life early on to serving God and his fellow man. His ministry began in 1955 in his beloved state of Maine where he was a Pastor for 10 years. Reverend Thomas attended Bob Jones University, where he met his wife Carolyn. He later attended Eastern Baptist Theological Seminary. He then moved on to Pastor in other states finally settling in southern Chester County. During these years he also made time to coach little league and basketball and start a prison ministry, praying with countless prisoners and helping them after their release. In 1980, his 11-year-old son died suddenly, redefining the course of his ministry.

After this tragedy, he felt called to the people of Haiti, and doors opened for him to build a ministry there. In 1983 Reverend Thomas founded a school for Pastors, where he was tenderly known as Poppa Abraham. Over the course of 35 years his ministry has expanded to include an orphanage and elementary school that continue to operate today. He shared his love for Haiti with his children and grandchildren who have visited and will carry on his legacy there. Even into his retirement, he continued to be a Pastor of Pastors and was involved in the ministry by serving as deacon at his local Baptist Church.

Reverend Robert Thomas was called home to Jesus on August 27, 2015. He died at home surrounded by his devoted family. He leaves behind his wife of 61 years, Carolyn, his brothers Edward Thomas and Kenneth Thomas and his sister Marcia (Thomas) Curtis, as well as his children Rebecca A. Conolly, Robert A. Thomas, and Raymond A. Thomas. He is predeceased in death by his son Steven C. Thomas, who passed away in 1980. He is also survived by seven grandchildren, who affectionately called him G-Pop, and 10 great grandchildren. He leaves behind him a legacy of love for his family, his God, and his fellow man, and a world that is a better place because of him. If there were three things to remember him by they would be his love for people, his faith in God and his dedication to family.

You are invited to visit with Rev. Thomas’s family and friends from 6-8PM Friday September 4 at the Kuzo & Grieco Funeral Home Inc. (610-444-4116) 250 W. State St. Kennett Square, PA 19348 and from 10-11AM Saturday September 5th at First Baptist Church of Kennett Square, 415 W State St, Kennett Square, PA 19348. A funeral ceremony celebrating his life will follow at 11AM. Interment will be in London Grove Friends Cemetery. Contributions in his memory may be made to First Baptist Church at the aforementioned address to support the Haiti Mission Fund.