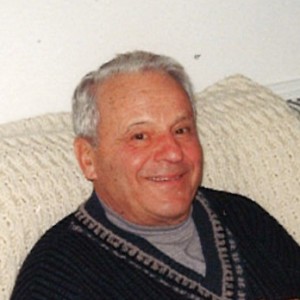 Anthony J. Tavoni, Sr. age 96 passed away on Sunday, October 11, 2015 at the University of Pennsylvania Hospital.

Anthony (Tony) was born on November 24, 1918 in his auntâ€™s home on Hillendale Road, Kennett Square, Pa. Tony was the first son, second child of Grace Martelli Tavoni, and Domenic Tavoni of Kennett Square, PA.Â  He grew up working in his fatherâ€™s mushroom business and was on the track and soccer teams at Kennett Consolidated High School.

In April of 1942, he married Josephine M. DiAngelis (Pip). Later that year he entered the United States Army and after boot camp was shipped off to the war in the Pacific.Â  Although in the infantry he worked various jobs; billets officer, driver, and received his corporal stripe after completion of radio school.

Tony was Honorably Discharged on November 27, 1945, soon after he made it back home at which time he went back to work for his father, along with his two brothers Sam and Dom. He and Pip started their family (Vicki and Tav), and he pursued his passion by obtaining his private pilots license that he maintained for 40 years. Golf later also became another favorite pastime.

All those he touched will miss his comradeship and wit. He became an avid reader and until the very end, he enjoyed talking and challenging you about everything and anything especially the Phillies, history and politics.

In lieu of flowers, a contribution may be made to the Wounded Warrior Project at www.woundedwarriorproject.org or P.O. Box 758517, Topeka, Kansas 66675. Arrangements are being handled by the Kuzo & Grieco Funeral Home Inc. (610-444-4116) of Kennett Square. To share a memory with his family, please visit www.griecocares.com

Please enhance this tribute to Anthony by sharing a memory

In lieu of flowers, a contribution may be made to the Wounded Warrior Project.