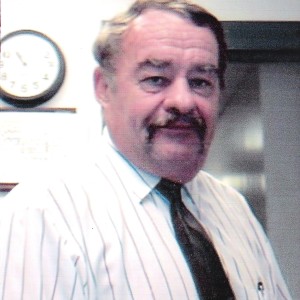 MARK D. WELLS, age 66, of Hockessin, DE, passed away on Saturday, October 17, 2015, at the Christiana Hospital. He was the husband of Carole Abrams Wells, with whom he shared 9 Â½ years of marriage.

Born in West Chester, PA, he was the son of the late William R. Wells, Sr, and Anna Barry Wells.

Mark was the Director of Weapons Training at Aberdeen Proving Grounds, Aberdeen, MD, retiring in 2007 after 37 years of service. He had also served as a Court Commissioner for Cecil County, MD.

He was a Chief Warrant Officer 4 in the US Army. He served 2 tours of duty in Vietnam as a door gunner in a Huey gunship. He was a member of the 176th Assault Helicopter Co.-Muskets.

He enjoyed hunting, fishing, his dogs Sarge and Chief, and being with his family and friends.

Mark was a member of the Chesapeake City VFW Post 7687, a former Commander of the Hockessin VFW, American Legion and Ducks Unlimited.

In addition to his wife, he is survived by two sons, Mark W. Wells and his wife Amanda of Smyrna, DE and Michael D. Wells and his wife Melissa of Midland, GA; one daughter, Sara Silva of Orlando, FL; one step-son, Robert Sohlman and his wife Erin of Wilmington, DE; one step-daughter, Stephanie John and her husband Steve of Newark, DE; one brother, Emerson H. Wells of Landenberg, PA; his twin sister, Myra Conway of Doswell, VA, and seven grandchildren, Lexi, Airi, Ethan, Heny, Matthew, Mattix and Brayden.

In lieu of flowers, a contribution may be made to the Chesapeake City VFW Post 7687 at the above address.

Please enhance this tribute toÂ Mark by adding your memories and photos.