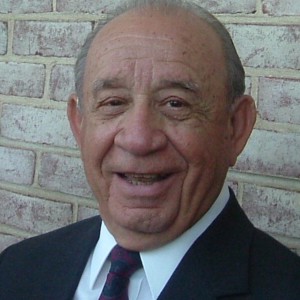 August â€œAugieâ€ Joseph DePippo, age 86, passed away peacefully, on April 22, 2016, surrounded by his family, at Maris Grove Senior Community. Augie is survived by his wife Emily of 62 and a half years, Maris Grove, Glen Mills, PA, son Joe and his wife Nancy, who reside in Brevard, North Carolina, and son Richard and his husband Doug, who reside in Santa Fe, New Mexico. He is preceded in death by his brother Robert DePippo and his parents, Pasquale and Anna.

Born in Malvern, PA to Pasquale and Anna DePippo, Augie grew up in Toughkenamon, PA, attended Saint Patrickâ€™s School for eight years, and graduated from Kennett High School in 1947. Augie was proud to have been a member of Toughkenamon Toughies football and baseball teams, and he played both soccer and baseball for Kennett High School. He was a veteran and served our Country in the US Army from 1951 through 1953.

In 1953 Augie married Emily DaVia. Augie and Millie were partners with brother Bob and Peggy DePippo in the Brown Derby Restaurant which was first opened by his parents in 1934. They worked together for 40 years and made the Brown Derby a popular local restaurant. The Brown Derby was owned and operated by the DePippo family for sixty years. Augie was also active in the community. He served as a director of Elmwood Federal Savings and Loan, and was elected to the Borough Council of Kennett Square.

After selling the Brown Derby in 1994, Augie and Millie retired. In 2000 they moved to the Spruce Creek Community in Summerfield, Florida. During his retirement he was a volunteer at the Southern Chester County Medical Center and at the Soup Kitchen operated by St. Theresaâ€™s Catholic Church in Belleview, FL. Augie was an avid golfer and enjoyed playing with Millie and friends. He enjoyed traveling with Millie and together they took many trips abroad and throughout the US. In October 2013, they moved back to Pennsylvania and the Maris Grove Retirement Community where they have resided until his passing.

In lieu of flowers, a contribution in Augieâ€™s memory, may be made to the Willow Tree Hospice, 616 East Cypress Street, Kennett Square, PA 19348.

To view Augieâ€™s online tribute and to share a memory with his family, please visit www.griecocares.com.

Thank you for your support during this difficult time.
Please enhance this tribute to Augie by adding your memories.

Burial will be Private