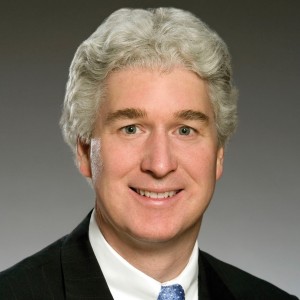 William J. Marsden, Jr. of Avondale, PA, age 62, passed away on October 14, 2017 at Christiana Hospital following unexpected cardiac arrest.  A Wilmington attorney, William is survived by his wife of 37 years, Ellen Jones Marsden, his children, Benjamin (Britta) of Avondale, PA, Margaret of Durango, CO, and Emma of Philadelphia, as well as his sisters Jo Ann Andren of Fairfax, VA, and Gloria Stavropoulos (Pete) of Holton, KS, along with a devoted circle of extended family, colleagues and friends.

William was born to William John and Muriel Smith Marsden in Tenafly, NJ, where he spent his early years. He graduated from Haverford College in 1978—an experience that prepared him for the life he wanted to lead.  It was there he decided to join the Religious Society of Friends.  After Haverford, William worked as an intern for the Friends Committee on National Legislation in Washington DC, where he met Ellen.  William graduated from the University of North Carolina School of Law in 1983 and began working with the firm of Potter, Anderson & Corroon focusing on intellectual property law.  His natural curiosity about the intersection of science and law and his perseverance made him well suited to handle these complex cases.

After 16 years at Potter, William moved on to Fish & Richardson, the oldest and one of the largest patent firms in the country.  William opened Fish’s Delaware office in 1999 as its only attorney and one of three employees.  In the eighteen years that followed, William expanded the office to employ dozens of attorneys and staff, all of whom were inspired by the example he set.  He was a zealous advocate for his clients, yet a courteous and respectful opponent.  He was a committed lawyer who believed and taught that family must come first.  He was an individual who stepped forward to be accountable when things did not go well, and stood back to ensure others got credit for the many victories in which he played a great part.  Integrity, judgment and good humor were his hallmarks.  According to his colleagues, he was the personification of all that is best in an American lawyer.

Although his life’s work was as a patent attorney, he was extraordinarily multifaceted.  His joy was horticulture, and he was a proud and devoted steward of the Crestfield Farm in New Garden Township on which his children grew up as the fifth generation.  He was a lifelong student with interests in many fields—most recently at Mt. Cuba, learning about native wildflowers, shrubs and trees in one of America’s finest wildflower gardens.  As a dedicated volunteer, he gave generously of his time and treasure to a variety of organizations ranging from Haverford College, where he served on the Board of Managers, to New Garden Township’s Zoning Hearing Board, which he chaired.  William also enjoyed golf, was a curious and adventuresome traveler, and a lover of the arts, history and culture.  Above all, William was devoted to his large, extended family. One of his nephews spoke for all when he said, “I don’t even remember Uncle Willie as a man, but as a Giant.”

Please enhance this tribute to William by sharing your memories