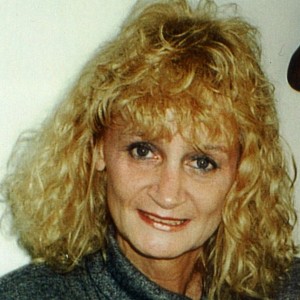 Carolyn Sue Walsh passed away at home with her family by her side on November 15, 2018. She was 70 years old. Formerly of Kennett Square, PA, Carol lived in Newark, DE with her husband Edgar Dolphin Thawley.

Carol formerly worked for Ametek in Newark, DE until her retirement in 2011. Carol had lifelong friends who remained by her side throughout her life.  Although she was small in stature, she was known for her fierceness, determination, and independence.  Anyone that knew her acknowledged how tough and brave she was. Not only through her illness, but throughout her life.

Born to a Baptist minister and his wife, Carol married her high school sweetheart, who passed away in 1987 after 22 years of marriage. Their three children and grandchildren were Carol’s life.

Carol later married Edgar Dolphin Thawley in 2007, to whom she remained married until her death. Ed and Carol enjoyed visiting with friends and family and taking trips to the beach.  They enjoyed a wonderful marriage and were active members in their church, Grace Church of Delaware, located in Newark, DE.  She will be missed as she had touched so many lives.

Born to Orren and Elizabeth Dilley Wyatt in W. Nottingham, PA, Carol is survived by her husband Edgar Dolphin Thawley, her daughter Jennifer Stevenson (Mark) of Exton, PA and three grandchildren, Kristen, Marissa, and Matthew. She is also survived by several nieces and nephews. Carol was predeceased by her husband Thomas Robert (Bob) Walsh, her sons Jeffrey Alan and Thomas R. Walsh, Jr., her brothers Albert and Jackie Wyatt and her sister Shirley Wilson.

In lieu of flowers, the family has requested for donations to be made to Delaware Hospice, 16 Polly Drummond Shopping Center, Newark, DE 19711.