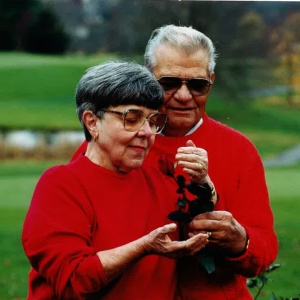 Edith Ciarrocchi “Edie” Haney, age 88 formerly of West Grove, PA died Tuesday, July 23rd, 2019. She was the wife of her beloved Robert “Bob” Haney who proceeded her in death in August of 2013 after 63 years of marriage.

Born in 1931, in Toughkenamon, PA, she was the daughter of Maria and Charlie Ciarrocchi, graduated from Kennett Consolidated School District and spent all of her married life on Oakland Ave in West Grove.

Edie worked in food service, retiring from her last position at the Kennett Square Inn which was still her favorite place to visit.

Her family and friends were her world, and we are so thankful for everyone that made her last days so special; especially the staff members and residents of Friends Home in Kennett, Sunrise in Exton and the angels from Penn Medicine Hospice. She always lived with a certain grit and boundless love and inspired others to do the same.

Edie is survived by her daughter Bobbi and her husband Joe who was her very special caretaker for the last six years, and her son Steve and his wife Patti, as well as five grandchildren, Amanda, Justin, Steve, Michelle, Nick, two step grandchildren Gina and Matt, and five great grandchildren.

You are invited to visit with Edie’s family and friends from 8:30 am – 9:45 am on Saturday, August 3rd at Assumption BVM, 300 State St. West Grove, PA 19390 followed by a Memorial Mass at 10:00 am. Interment will be held at Faggs Manor Cemetery following the Mass.

In lieu of flowers, memorial contributions may be made to “Shine” Chester County Hospital, 701 E. Marshall St. West Chester, PA 19380.