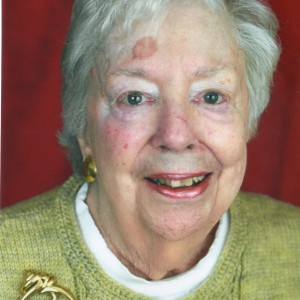 Marilyn H. Benson, age 86, of Chatham died at Kendal at Longwood Community in Kennett         Square.She was predeceased by her husband Kenneth whom she greatly missed after 51 years of marriage.

Born in Phoenixville , PA she was the daughter of the late John Lynford Huzzard and the late Mary Stauffer Huzzard.

Marilyn graduated from Friends Select High School in Philadelphia, PA in 1951 and received her BS in chemistry from Gettysburg College in 1955. At Gettysburg she was active in Chi Omega Sorority.

Marilyn worked at the DuPont Experimental Station where she met her husband Ken. They had two children, Carl L. Benson (wife Kimberly) of Crownsville, MD and Kate Benson Ho (husband Troy) of Jenkintown, PA. She adored her grandchildren Kallan and Reece Benson. She became a Girl Scout leader and volunteered at the Settlement House in Wilmington and later was active in the Avon Grove School district, London Grove Township, the United Way of Southern Chester County, and the Tick Tock Early Learning Center. She was a lifelong Phillies fan who also loved sailing and family vacations, especially to the Outer Banks.

Ken and Marilyn moved to Conniston community in 2008 from their 1840’s home near Chatham PA. They moved to Kendal in 2012 and Marilyn moved into Westmoreland in 2016. Marilyn was always a devoted wife, mother and grandmother who always wanted the best for her family. She will be greatly missed.

Her Memorial will be held at 2:00 on Saturday afternoon, August 10, 2019, in the Activities Center at Kendal at Longwood, Kennett Square, PA.  Burial will be private.

In lieu of flowers, contributions in her memory may be made to Friends Select School

Please enhance this tribute to Marilyn by adding your memories