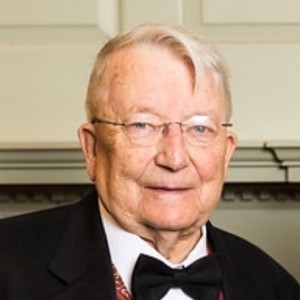 Gusten was born to Agnes and Gustav Käsper on June 29, 1931, in Väike Maarja, Estonia. When Gusten was two, his father passed away. His mother married Ott Lutter in 1935, but that’s another story. His mom was part of a large family and he grew up surrounded by cousins, living in the country, and spending many happy days, staying with his grandmother in Assamalla, taking photographs, fishing, and learning that pigs are smarter than cows with the help of his cousin Heino.

The Soviets invaded Estonia in 1939 and the family had to leave their home, beginning a decade of disruption, flight, and struggle. They escaped from Saaremaa to Germany in 1944, living a transient life until the war ended, at which point they were put in one of the displaced persons camps for Estonians, where Gusten finished high school. They ultimately were sponsored by a church in the United States and moved here in 1949. The family lived in Long Island, initially staying with his cousin Mari and her husband Arnold. The whole family worked for a wealthy family in Oyster Bay for a few months. Gusten began his college education by attending New York University.

After a semester, Gusten was offered a full scholarship to the University of Denver as part of their emphasis on recruiting a diverse student body.  His mother and father did not want the family to be separated, and knew that they would find work wherever they went, so they all moved to Denver.

Gusten majored in electrical engineering, working part time and helping his parents building houses (his father had become an amazing carpenter and builder).  If he had any spare time, he went fishing, and accompanied his best friend (and operatic tenor) Pete on piano as they entertained “the ladies who lunch” as representatives of the new refugee community.  In the spring of his senior year, he met a fascinating young freshman, Lorry, in the Student Union. She was there meeting all the foreign students and wiping the floor with everyone in ping pong. She caught his eye, and they began dating.

Graduation was rapidly approaching, and Gusten (now going by Gus) accepted a job with the DuPont Company in Wilmington, Delaware, to begin at the end of June. This posed a bit of a problem for the young lovebirds. Long distance was not an option, so they decided to get married, 6 weeks from the day they met. They celebrated their 65th anniversary on June 24.

Gus was in Central Research and Development at DuPont’s Experimental Station for 33 years, beginning as an engineer, but mostly working as a supervisor and manager. Because he was in CRD he was able to remain in one location, although many of his friends were transferred. As a manager, Gus’ focus was on assisting the advancement of every person who worked for him (and a lot of people worked for him). He had a tremendous record of promoting and championing women, who were overlooked in research and IT settings at that time.

Gus and Lorry welcomed their first son, Clyde Ott, the year after they were married and Gusten, Jr. followed a quick 18 months later. They lived in a third floor walk up apartment with a wasp closet that overlooked the Delaware, but tiring of wasps, they built their first home in Holliday Farms, Kennett Square. Gus, Lorry, and his parents built the house by themselves. When Tiiu arrived in 1960 they decided to build another, more kid friendly home in the same neighborhood. Jaan joined them five years later.

During the time he was raising a family, life was full of kids, parties (especially the annual neighborhood Christmas caroling), best friend neighbors, Baltimore Estonian School (every Sunday), Estonian camp, trips to Colorado to see family, fishing, camping, and lots and lots of photographs. Gus was rarely seen without his camera and took memorable shots of everyone he knew, then developed and printed them in his darkroom.

Gus retired after 33 years at the Experimental Station. He spent his retirement very busy with Estonian activities, in particular providing East Coast tours for anyone visiting from Estonia, whether he knew them previously or not, and, as the Soviet occupation of Estonia was ending, he and Lorry began returning to Estonia to reconnect with family and home as often as possible. He was especially proud to attend the Eesti Kroon Ball in Tallinn when the newly free Estonia reintroduced its own currency. With more time on his hands, he was a constant presence in his grandchildren’s lives, sharing his love of sushi, attending many events, and bringing them joyfully to Estonia when they were able.

He was well known for his gentle humor, appreciation of a good vodka Gibson with onions, incredible sense of ethics and emotional availability, grace and generosity. He would kiss a woman’s hand when they met, have long visits with his children’s dogs, go to New England on a whim to get the best lobster, wake up the family to sit on the balcony during thunderstorms, drive to look at a hurricane, loved classic movies, especially The Best Years Of Our Lives and The Great Race, and read everything he could get his hands on, especially continuing his love of reading in Estonian.

This past year, Gusten showed his personal brand of determination, grace, and humor as he struggled against the vicissitudes of an aging body. He lost most of his sight, and his children watched in awe as he experimented with the ways the tiny slit he could see with one eye interacted with the limited peripheral vision in the other eye. At first, his brain populated the world with wooden Indians and floating boulders, but it soon learned to combine limited information to create enough of a picture that he could recognize faces, watch Jeopardy and the PBS NewsHour, and move forward firmly, using his walker as a final sensor to steer around obstacles and tripping hazards. Then, in October last year, Gusten experienced the dissection of an aortic arch aneurysm. He chose to go through the difficult operation to replace the aorta with a Dacron (by DuPont) tube. He was the oldest person the doctor had ever operated on. His family watched as he stunned doctors, nurses, occupational therapists, and everyone else he met with his wit and emotional connection. He pushed himself (most of the time) to improve, and was planning to visit family in Colorado next month after the doctors removed the last physical remnant of the operation, a feeding tube. A trip to Estonia next summer was in the works. Instead, an accident took him, and his spirit will accompany the family next year as they take him home for the last time. He had a long and adventurous life, but it still seems to have been cut short.

In lieu of flowers the family requests that you make a donation to one of these organizations that Gusten has long supported: