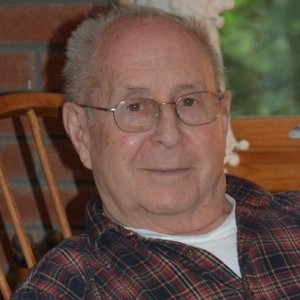 Nelson Edwin Ockerbloom, age 87, of West Grove, PA, passed away on August, 18, 2019. He is survived by his wife, Adelia Emily (Lather) Ockerbloom, with whom he shared 61 years of marriage.

Nelson was born in 1931 in Springfield, MA, to the late J. Edwin Ockerbloom and the late Anna Benedicta (Nelson) Ockerbloom.

Nelson graduated from American International College in Springfield, MA, and received his Master’s Degree in Chemistry from Clark University. He began his career with Sun Oil Company and was a vice president of Sun International. He went on to international consulting in the petrochemical trade. Nelson also proudly served our country in the United States Army during the Korean War.

Nelson had many passions throughout his life. He had an impressive green thumb and was often tending to his day lilies. He enjoyed woodworking and crafting his own furniture. Nelson built a boat with his son, John, when John was a child and later built a home in New York with the help of his family. Nelson had a deep love of animals and his dogs were very special to him. Most of all, Nelson loved his family. He was an incredibly supportive husband and father and loved his family with all of his heart.

Services for Nelson will be held privately.

We thank you for your support during this difficult time.
Please share with us your fond memories of Nelson in the Guestbook below.