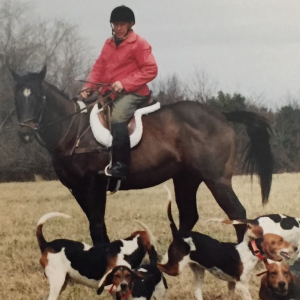 Mr. Ford passed away August 21st, 2019 in Dover DE at the age of 94. Born in Wilmington DE, he was a Landenberg PA resident where he worked as a dairy farmer most of his life until becoming a beef farmer in his later years. He enjoyed playing cards, square dancing, and was an avid fox hunter with his family’s Ford’s Hunt Farm as well as hunting Patricia “Patsy” DuPont’s hounds for several years.
Mr. Ford was preceded in death by his parents John Ralph and Esther Anna Ford, his wife of 53 years Grace Bryan Ford, his second wife Nelda Hastings Ford, and sister Dorothy “Dot” Mendenhall. Survivors include his sisters Emily Talley, formerly of West Grove PA, and Evelyn Logan of North East MD, along with numerous nieces and nephews, great nieces and nephews, and great-great nieces and nephews.
The family will receive friends Wednesday, August 28th from 10 to 11 am at Kemblesville United Methodist Church followed by a funeral service at 11 am. Interment will take place at Kemblesville Methodist Church Cemetery.
In lieu of flowers, memorial donations may be made to the Kemblesville United Methodist Church Cemetery Fund, 1772 New London Road, Kemblesville, PA, 19347