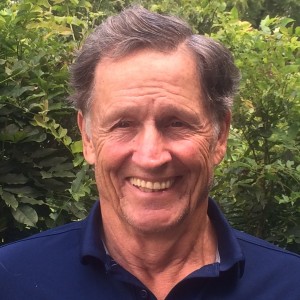 Legendary horseman Louis “Paddy” Neilson III died Thursday, September 5 at the age of 77. He was the husband of Toinette Phillips Neilson, with whom he shared 31 years of marriage.

Born in Glen Cove, NY in 1942, Paddy was the son of the late Louis Neilson Jr. and Katherine Pell Neilson. A graduate of Gilman School, Princeton University and the Wharton Business School, Paddy was a man of many talents and interests. Known best for his prowess in the horse world, he began riding at age six, rode his first race at 14 and won Maryland’s Grand National at 15. And, that was just the beginning. He was a corporate bond broker for Alex.Brown & Sons in Philadelphia for years while foxhunting, galloping race horses and riding races on the side. He retired from racing for 9 years, but was drawn back in for one ride, but stayed in after the stock market crash in 1987. He left his desk to devote himself to training horses fulltime at his Rockaway Farm in Chatham with Toinette. He was renowned for winning races in four decades, including riding the daunting Maryland Hunt Cup race 21 times and winning it three times in three decades. For 10 years he was the leading amateur steeplechase jockey in North America.

A passionate foxhunter, Paddy hunted with Mr. Stewart’s Cheshire Foxhounds since childhood and devotedly served as full-time amateur Whipper-in for the last 13 years, jumping his last fence in the line of duty just a couple of weeks before his death. Members of the Hunt community could always count on Paddy’s big smile, great sense of humor, deep knowledge, incredible riding skill and encouragement. He could always wow the Field by trotting up to a formidable four-foot-plus four-railer and popping over with enormous style and grace. He served as Master of Foxhounds, alongside his daughter Sanna, and chaired Cheshire’s most successful Point-to-Point Races earlier this year.

Paddy was proud to have chaired the Pennsylvania Hunt Cup Races for 17 years, and later the Plumsted Races for 11. Over the course of those 11 years the Plumsted Races benefited the nearby Chatham Acres senior citizens home, giving a huge boost to its program. Additionally, Paddy was a founding board member of the American Steeplechase Injured Jockeys’ Fund and on the original committee that began the Winterthur Point-to-Point.

Paddy was not only a horseman. He was very civic minded. During the Vietnam era, he was a member of the First City Troop in Philadelphia, a division of the National Guard. He has been actively involved locally with London Grove Township as chairman of the Open Space Committee and the Parks and Recreation Committee. There was no one better with whom to have a lively political chat. He was a huge fan of Philadelphia’s sports teams and all sports in general, most particularly the ones his children and grandchildren played. Paddy also had a great love for North Atlantic salmon fishing with old friends. He loved the band Coldplay, was a Civil War buff, a big reader of non-fiction and collector of knowledge. He had many lifelong friends, as well as friends of all ages, befriending strangers and learning their stories where ever he went. No one will forget his enormous smile and contagious laugh, especially when laughing at himself.

Always on display was Paddy’s pride in and great love for his wife Toinette and his daughters Kathy, Sanna, Liza, Daphne and Emily and grandchildren Skylar, Parker, Nina, Natalie, Max, Pell, Perry, Izzie, Burr, Nell and Beasie. He is also survived by his brother Cook Neilson and sisters Madeline Rockwell and Carol Neilson.

A Celebration of Paddy’s Life will be held Friday, October 4th at 2 PM on the kennel lawn of Mr. Stewart’s Cheshire Foxhounds at 1549 West Doe Run Road, Coatesville, PA. 19320.

Please enhance this tribute to Paddy by sharing your memories in the Guestbook below.