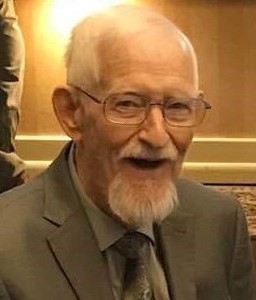 Richard Cibroski, age 84 of Hockessin, DE (formerly of Lake Placid, FL, Landenberg, PA, and Philadelphia, PA) died on Friday October 4, 2019 at Jenner’s Pond surrounded by his loving family.
He was born in Philadelphia in 1935 to August and Bridget Cibroski, who immigrated from Germany and Ireland.

Richard was in the Air Force until he was honorably discharged to return home to care for his family when his father became ill. He was always a caretaker throughout his life. Richard was a devoted son, brother, husband, father, Uncle and most importantly, Pop-Pop. He was loving and supportive and never wanted praise or recognition. He made everyone feel like they were part of his family and he lived for bragging about everyone’s accomplishments, activities and interests.

Richard was a machinist at PECO Nuclear Power Plant in Peach Bottom, where he proudly worked beside his son, Dan. He was proud to attend the Quarter Century Banquet with him for those who have worked more than 25 years at the company. After retiring from PECO, Richard worked for Jennersville Hospital, delivering for the pharmacy. He often had the special job of delivering organs to other hospitals for organ donations.

Richard was a long-time member of Assumption BVM Parish in West Grove, PA and St. James Catholic Church in Lake Placid, FL. He was an active member in the Knights of Columbus and the NRA.

Richard was a fan of newspapers, crosswords, watching the Eagles and Westerns, going to musicals, getting Wa-Wa coffee and going out to breakfast. He was the chairman of his family’s annual Crab Feast and he loved all things Irish.

Richard is survived by his daughter Erin Chretien and her husband Tim, son Dale Martino and his wife Donna, daughter Diane Sitler and her husband Todd, son Danny Martino and his wife Ginny, and son Domenic Martino and his wife Cindy. He was the proud Pop-Pop of Cody and Cole Chretien, Dale and Dylan Martino, Todd (Lucy) Sitler and Lauren (Mike) Hester, Ryan and Jordan Martino, Domenic Martino, and Danielle (Curt) Minton. He was happy to have been able to get a chance to meet his great-granddaughter, Emma Minton. He is also survived by his siblings, brother James Cibroski, devoted sister Helen Courtney, and many nieces and nephews. Richard is preceded in death by his loving wife Diane whom he missed for many years. He is also preceded by his parents August and Bridget and his sister Catherine Bayne.

In lieu of flowers, memorial contributions may be made in Richard’s memory to The Knights of Columbus Charities Inc. PO Bo. 382154 Pittsburgh, PA 15251-8154 (kofc.org).

We thank you for your support during this trying time.
Please share your memories of Richard in the Guestbook below.

The Knights of Columbus Charities Inc