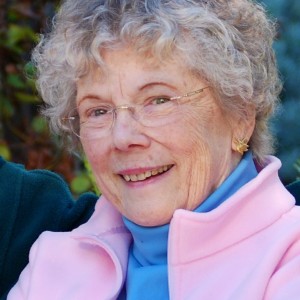 Virginia P. Simon – born May 9, 1930 in Trenton, New Jersey; and formerly of Chadds Ford, PA; passed away peacefully with her children at her side on Monday December 30, 2019 at Jenner’s Pond in West Grove, PA, after a decade long struggle with dementia. She was 89.

She is survived by her son Mark (and Judy) Simon of West Chester, PA, her daughter Alison (and Tom Kissel) Simon-Kissel of Ashburn, VA. She is pre-deceased by Richard, her husband of 64 years, and her sister Alice Stevens of Trenton, New Jersey. She had three grandchildren and one great-grandchild.

Ginny was a graduate of Lycoming College of Williamsport, PA where she met her future husband Dick, while he was a freshman farmed out from Penn State University. Ginny and Dick honeymooned in Williamsburg, VA, which turned out to have a profound influence on their lives. After they were married, Ginny worked at a laboratory in State College, supporting Dick while he finished his studies after a stint in the Air Force. After Dick’s graduation, they moved to Wilmington, DE where Ginny worked for DuPont at the Experimental Station. Ginny retired as she became a new mother, returning to the workforce later in life as her children were leaving high school, so she could cross off a bucket list item: a Cadillac Sedan Deville with a red leather interior.

Ginny and Dick built their first dream home in north Wilmington in the late 60’s which was a replica of the James Anderson House of Williamsburg they fell in love with during their honeymoon. They built it again in Chadds Ford, PA on Karver Lake, where they lived for 33 years, before moving to Jenner’s Pond. Ginny and Dick were known for their elaborate annual Christmas parties, frequent big family dinners, and backyard cookouts.

Ginny spent her early retirement years travelling throughout the UK with Dick visiting or staying overnight in every castle they could find, and sending everyone in the family a post card every single day. Ginny also took up a virtual third career in counted cross-stitching which filled the time when she was not on the road. (Dick also got his second career in mat cutting and framing.) Every family member sports several framed pieces in their home and Ginny’s own home looked like an art gallery. Even St Cornelius Church in Chadds Ford has her work on display.

Ginny also loved reading Colin Dexter and Dick Francis novels, shopping at Talbots, watching football, and serials like Dynasty, or Murder She Wrote. She especially loved doting on her grandkids and day caring for Mark’s Labrador Luke and her own Cocker Spaniel Dudley. During her later years, Ginny spent her time building the most impossible puzzles imaginable. Some were 1500 piece monstrosities that would test the patience of a Saint. Ginny loved nothing better than sitting there for hours, studying the pictures and setting a few pieces in place, eventually wearing a divot in the rug under her favorite seat.

We still have the rug.

A visitation for family and friends will take place at Kuzo Funeral Home, 250 W State Street, Kennett Square, PA on Thursday, January 9th from 6 to 8 PM.

Funeral services will be held at Ewing Church Cemetery and Mausoleum, 100 Scotch Road, Ewing, New Jersey, on Friday, January 10th at 11 AM.

In lieu of flowers, memorial donations in Ginny’s name can be sent to the Humane Society of the United States (https://www.humanesociety.org/) or The American Society for the Prevention of Cruelty to Animals (https://www.aspca.org/).

Humane Society of the United States

The American Society for the Prevention of Cruelty to Animals