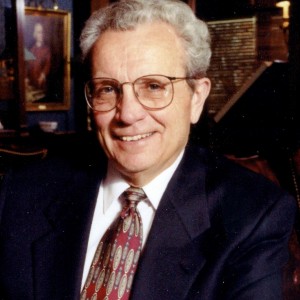 He was the husband of Susan Brandon, his wife of 9 years, whom he shared a home with in Maumee, OH, prior to his illness.

Charles earned his B.S. degree in history from Gettysburg College, where he attended on a music scholarship and at one time performed for President Eisenhower. He earned a Master in Divinity degree from Drew University, serving Methodist churches in Philadelphia, Charleston/Phoenixville and Spring City, PA from 1956-1969. Following this time period, he worked in public education as an educator and an administrator from 1969-1977. He earned a M.Ed. from Temple University and served as a history teacher and as a guidance counselor at Phoenixville Middle School, and as the Assistant Principal at the Northern Chester County Technical School. Upon completion of his Ed.D. at Nova University, he served as Principal at Wilson High School in West Lawn, PA. He worked as a marketing professional within the healthcare information technology industry from 1977-1990. In 1990, he began teaching at Hillsdale College in Hillsdale, MI, where he was a Professor of Marketing/Management and Business Ethics. He was also the supervisor of the Sales Internship Program. He retired after 21 years of teaching in May of 2011 and was names a Professor Emeritus of Business at Hillsdale College.

Charles was a very active member of the Perrysburg First United Methodist Church in Perrysburg, OH, where he continued to share his love of music, singing with the church choir and frequently performing solos. He also served as guest minister at the church, as well as other nearby churches.

There will be a “Celebration of Life” Memorial Service at 11:00AM on February 8, 2020 at Westminster Presbyterian Church in West Chester, PA. Memorial donations may be directed to Alzheimer’s/Dementia Nonprofit for research at www.alz.org.