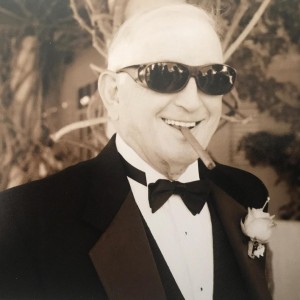 Joseph Anthony DiNorscia Jr. “Joe”, passed away peacefully on January 5, 2020 at the University of Pennsylvania Hospital, Philadelphia, Pa. He was 90 years old.

Born in Kennett Square, Pennsylvania in 1929, Joe was the son of Joseph Anthony Sr. and Mary Gale DiNorscia. Joe is predeceased by his sister, Anna DiFilippo, brothers Guy and Anthony and is survived by his brother, Alfred DiNorscia.

Moving to Vineland, New Jersey in 1968, Joe held executive positions with various transportation companies there, including National Freight, Inc. In 1973 Joe moved back to Kennett Square where he became a partner and eventual President of Nick Basilio and Sons, an already successful construction and mushroom growing company. Joe played a significant role in the formation of Laurel Valley Farms and Rex Mushrooms. Today, Laurel Valley Farms is recognized as North America’s largest single site mushroom composter. Rex Mushrooms, a marketing and wholesaler business, later merged with Wilson Mushroom Company and became Country Fresh Mushrooms. Joe retired as President and CEO of Country Fresh in 2003-2004. Throughout his career, Joe was recognized as a business leader within the mushroom industry and the Kennett Square community.

Joe loved the water and was an avid fisherman, fishing well into his 80’s with his buddies, Nick Basilio and Bobby Primus.

He loved the outdoors, planting flowers, and gardening. He passed on his love of growing things to his children who could, of course, never measure up to his tomato crop.

During his life-time Joe lived life to its fullest and did it, “his way”.

In lieu of flowers, contributions can be made to Wounded Warrior Project.