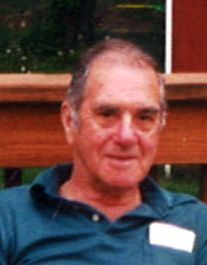 Charles “Charlie” Crossan, age 90, of Landenberg, PA passed away peacefully at home on Thursday, January 30, 2020, surrounded by his loving family.
Charles was the husband of Marilyn Smith Crossan with whom he shared almost 63 years of marriage. He was born in Landenberg, PA, the son of the late David B. Crossan and Catherine Lucas Crossan.
Charles worked at the Chrysler Corporation for 40 years, retiring in 1993. He was a member of the Delaware Moose Lodge and St. Mary of the Assumption Catholic Church. He also attended the Landenberg United Methodist Church.
Charlie enjoyed Harley Davidsons, collecting Hess trucks, monkey wrenches, trips to Shady Maple, and was known for having a pocket full of $2 bills. He loved spending time with his family and friends and always had a great story to tell.
In addition to his wife, he is survived by three sons Charles J. Crossan, Jr. and wife Jennifer of New Castle, DE, David and James Crossan both of Landenberg, PA, his two daughters Janet Gift and her husband John of Landenberg, PA, Martina Caroselli and her husband Michael of Wilmington, DE; seven grandchildren and four great-grandchildren. He was predeceased by two brothers David and James Crossan; his son Thomas Byrd; and three grandchildren Shaina, Adin and James Crossan.
A Funeral Mass will be held at 11:00 AM on Monday, February 10, 2020 at the Landenberg United Methodist Church, 205 Penn Green Road, Landenberg, PA 19350. A viewing will be held at the church prior from 10:00 AM to 11:00 AM. Interment will follow at All Saints Cemetery, 6001 Kirkwood Highway, Wilmington, DE 19808.
In lieu of flowers, the family suggest contributions be made to the Alzheimer’s Association, 399 Market Street, Suite 102, Philadelphia, PA 19106.