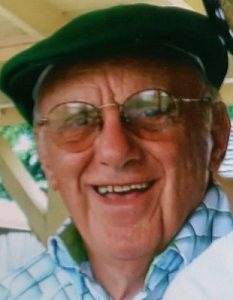 George E. Sipala, age 90 of Chadds Ford, PA, passed away peacefully at his home on Monday, February 10, 2020. He is survived by his loving wife of 65 years, Helen Murray Sipala.

Born 1929 in Wilmington, DE, he was the son of the late Frank Sipala and the late Mary Lamonica Sipala.

George also proudly served our country as a member of the United States Army from 1951 to 1953, at which point he was transferred to the Army Reserve.

Throughout his lifetime George worked as a Code Enforcement Officer for Elsmere, was the Town Manager for Newark and then went on to own his own business as a Real Estate Broker.

George had a passion for collecting antiques, attending auctions, and entertaining with his wife, Helen. He enjoyed following foxhunts and spending time with his wonderful friends of the Radnor Hunt Club. For 20 years, the Sipala family entered the 4th of July Parade in Rock Hall, MD, where they never failed to bring home a prize. George had a fantastic sense of humor and always had a prank or joke to share. Coupled with his sense of humor was a generous heart. When George was working as a broker and began to work with builders in selling new homes, he often gave up his commission so that a family could afford to purchase a home from him. George’s kind, witty, and loving personality will truly be missed by all.

George was predeceased by his 5 siblings, Jenny, Mary, Lucy, Frank and Joe.

Donations may be mailed to:

Online donations may be made by clicking the button below: