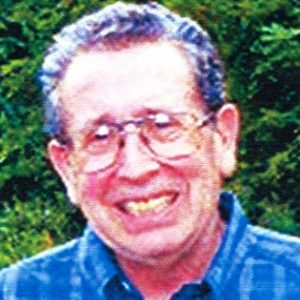 Michael F. Gallo, 78, died on March 31st at Newport Meadows Nursing & Rehabilitation Center in Christiana, PA. Born in West Chester, PA, Michael was the son of the late James A. and Terry (Leo) Gallo. He lived most of his life in Kennett Square with his family, where he worked at Pocopson Home for 15 years and later at Acme Markets.

A fixture in the community, Michael was known throughout Kennett for his sweet nature and outgoing personality. He always had a smile, a friendly greeting, and often a song for everyone he met. Michael loved music and loved to sing, serenading his family and friends with his personal renditions of classic acts like Fats Domino, Dean Martin, and Frank Sinatra.

Michael also loved sports, especially the Phillies and the Eagles, and had a remarkable talent for calling up trivia, scores, and statistics. He never failed to strike up a conversation with fellow Philadelphia fans or rivals, no matter how the season was going that year.

In 2003, Michael moved to Harrison Senior Living, where he quickly became known as “The Mayor,” greeting visitors and entertaining residents and staff with his charm and singing voice.

Michael was predeceased by his brother James A. Gallo, Jr. He is survived by his sister, Theresa Gallo Shreffler of Vienna, VA, two nieces, a nephew, two great nieces, two great nephews and one great, great niece.

Burial services will be private, but memorial donations may be made in Michael’s name to The Little Sisters of the Poor, 185 Salem Church Road, Newark, DE 19713.