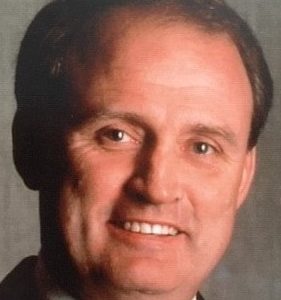 Michael Richmond Walker, husband of Kathy Schaeffer Walker, and son of the late William Kirk Walker and Dr. Dorothy Jeane Walker, died on Saturday, April 18th, 2020 at the age of 71 after a decade long battle with Frontotemporal Dementia.

A native of Auburn, New York, he was born on June 8, 1948. He graduated from Mount Carmel High School in Auburn, New York and received a Bachelor of Arts degree in Accounting from Franklin and Marshall College in 1970. While attending Franklin and Marshall College, he played varsity football and was a member of the Lambda Chi Alpha fraternity. He went on to earn a Master of Business Administration from Temple University in 1980.

He began his professional career as a staff accountant with American International Developers, Inc. in Rosemont, Pennsylvania in 1971. He helped start a nursing home company called Health Group Care Centers in Chadds Ford, Pennsylvania in early 1982 where he eventually became the President of the corporation. In 1985, he established Genesis Health Ventures in his adopted hometown of Kennett Square, Pennsylvania. Over the next 13 years, Genesis grew from a small portfolio of nine skilled nursing centers, into a two billion dollar publicly traded company with 40,000 employees nationwide through the acquisition of nursing homes, rehabilitation therapy, diagnostic testing, respiratory therapy, and pharmacy. In 1995, he was awarded the Ernst and Young Entrepreneur of the Year Award for Health Care in the Greater Philadelphia region. He was also awarded the Wall Street Transcript Chief Executive Officer award in 1995 and 1996 in recognition of outstanding achievement as a CEO.

Since moving to Kennett Square in the early 1980’s, he routinely looked for ways to give back to his local community. When Genesis outgrew its current offices, he created a plan with local business leaders to keep Genesis in Kennett Square and build a new corporate headquarters. In doing so, he was able to keep more than 400 jobs in Kennett Square. He was dedicated to other community-based endeavors such as the creation of Main Street District (the predecessor to the current entity, Historic Kennett Square) and was the first Chairman of the Kennett Main Street Committee that was dedicated to community revitalization. He was a board member of the YMCA of the Brandywine Valley and during his time on the board he served as the Chairman of the Corporate Capital Campaign. He was also instrumental in developing the Exelon site which brought an additional 700 jobs to Kennett Square. In recognition of his civic commitments, he was awarded the Southern Chester County Chamber of Commerce Citizen of the Year award in 2010.

From 1998-2002, he became keenly interested in public policy and strongly believed that robust advocacy at the Federal level and coordinated political action was critical to helping the nursing home industry survive Medicare cuts. He was essential in the creation of The Alliance for Quality Nursing Home Care, a multi-facility trade organization focused on advocacy and political involvement. Beginning in 1999, he assumed the leadership position within the Alliance and was able to submit appropriate legislative language in several bills which sought to rectify funding cuts to the nursing home industry, two of which were signed into law by the President. Drawing on the success of the Alliance, he was approached by the long term care pharmacy sector to help organize the Alliance for Long Term Care Pharmacy. The Pharmacy Alliance was actively involved in drafting the Medicare Prescription Drug Improvement Act of 2003. In addition to his lobbying activities, he served on the Board of Trustees for Franklin and Marshall College, was a member of the board for the Philadelphia College of Osteopathic Medicine and served as a Vestry member at the Episcopal Church of the Advent.

Above all, Michael was a loving husband, father and grandfather and was devoted to every aspect of his family’s life. He is survived by his wife, Kathy Schaeffer Walker, his son Forrest Sean Walker and his wife Wendy, his daughter Cortney Walker Rohr and her husband Alex, four grandchildren, Whitney Schaeffer Walker, Carolyn Grace Walker, William Alex Rohr, and Charles Walker Rohr, and by his siblings William Kirk Walker, Jr., Patrick Charles Walker, Kelly Anne Bartholf and several nieces and nephews.

Our family extends a special thanks and our eternal gratitude to Terrell Dorsey for the loving and diligent care he gave Michael over the years. We also thank Genesis HealthCare and the staff at Brandywine Hall.

Due to the current circumstances, a memorial service will be held later.

In lieu of flowers, donations may be made to the Genesis Employee Foundation, 101 E. State Street, Kennett Square, Pennsylvania, 19348.

Due to the current circumstances, a memorial service will be held later.