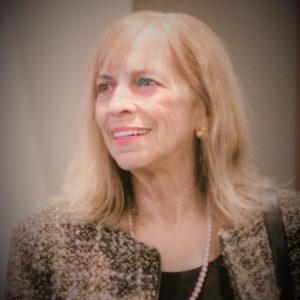 DIANE EHRLICHMAN, of Philadelphia, PA, passed away on Saturday, May 9, 2020, at her home.

Born in New York City, she was the daughter of the late Leonard J. Ehrlichman and the late Marianne Ehrlichman (nee Reynolds). Diane grew up in Glassboro, New Jersey, where she moved with the family in August 1955, and lived there until she moved back to Manhattan in the late 1960’s. Diane lived in Manhattan most of her life, with relatively brief residences in Havre de Grace, MD, and most recently in Philadelphia.

Diane began a career in film and sound production in Manhattan, working for a number of production companies before starting her own company in the 1970’s. Over the years, Diane worked on many documentaries, Fortune 500 company in-house productions for training and advertising, and numerous television commercials. She was instrumental in the original promotional commercials focused on the Mexican government’s development of the Mayan coastal region, and in the early 1970’s, filmed the first commercials promoting Cancun as a premier destination resort. Diane supervised the music on three exceptional documentaries; Ingrid (1984), Marilyn Monroe: Beyond the Legend (1987), and Steve McQueen: Man on the Edge (1990).

Diane enjoyed the arts and literature. She read voraciously and prided herself on completing the Sunday New York Times crossword puzzles in ink. Diane enjoyed travel, having visited most of Europe during her life. She was an avid photographer, displaying her photographs of windows, doorways, and unusual architecture from all over Europe. Diane loved her pet dogs, who lived with her for many enjoyable years – especially her pugs – Vito and Carlo, and most recently, her maltipoo, Joey.

At her request, services will be private.

To view her online tribute and to share a memory with her family, please visit www.kuzoandfoulkfh.com.

Thank you for your support during this difficult time.
Please enhance this tribute to Diane by adding your memories.

At her request, services will be private.