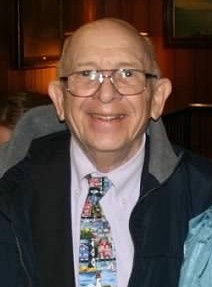 He was a graduate of The Hill School and Bucknell University and was employed for 18 years at Fidelity-Philadelphia Trust Company (now Wells Fargo Bank) and for 20 years at Wilmington (DE) Trust Company, retiring in 1997. He continued part time for Wilmington Trust Company for 6 more years. He attended Groome United Methodist Church in Lewes, DE. Jake and his wife were past members of the Penn Coachmen Chapter of Family Motorcoach Association; Jake served as Vice President and President. He was a member of Stichter Lodge, #254 F & A.M. in Pottstown and Scottish Rite Valley of Reading (PA). He was a member of Delta Upsilon Fraternity and also a member of and served on various boards of directors including Penn Wynne (PA) Civic Association, Chadds Ford (PA) Knoll Homeowners Association, Unionville (PA) Community Fair, and Creek Falls Farm (DE) Homeowners Association where he served as President and Treasurer.

Jake’s first wife, Janice Hughes Kessler passed away in 1983; he married Betty Sue Badger Riale in 1988. In addition to his wife, he is survived by daughters, June C. Oppenheim and Kathryn A. Kochan and her husband Mike; grandchildren Daniel S. Oppenheim and wife Abby, Corinne (Oppenheim) and husband Ryan Kirkman, Elizabeth and Sarah Kochan; and great-grandson Sean Oppenheim. He is additionally survived by his sister, Sallie C. Fischl and niece Nancy K. Zeigler and her beau Dan Hugos. Jake is preceded in death by Betty’s son Scott D. Riale.

Graveside services will be private at Longwood Cemetery, Kennett Square, PA. In lieu of flowers, donations may be made to the American Cancer Society, 1818 Market St, Philadelphia, PA 19103. Arrangements by the Kuzo Funeral Home, Kennett Square, PA.