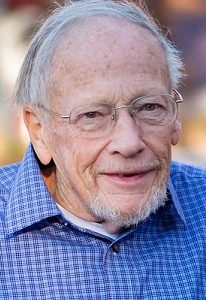 Samuel W. Shane, Jr., formerly of Springfield, Delaware County, passed away peacefully at Jenner’s Pond Retirement Community, surrounded by his family on May 15, 2020. He was 86 years old.

He is survived by his wife of 61 years, Roxanne J. Shane, and their four children: Samuel and his wife Mary of West Chester, Suzanne and her husband Gary of Marion, MA, Andrew and his wife Paula of Ellicott City, MD, and Paul and his wife Jo-Lynne of Phoenixville, PA. He also left behind 10 grandchildren, 4 great-grandchildren, and 2 sisters: Nancy Hall and Sarah Weber.

Sam was born in 1934 to the Rev. Dr. Samuel and Sarah Shane of Indiana, PA. He graduated from Crafton High School in 1951 and Westminster College with a BS in Mathematics in 1955.

He proudly served his country on active duty in the United States Army. Upon returning from Paris on special assignment under the Department of Defense for NATO operations, he and Roxanne were married. Sam was employed by Westinghouse for 10 years as a Systems Programmer, and then worked at IBM for 25 years as a Systems Engineer in their Data Processing Division.

He was a faithful member and ordained Elder at the First Presbyterian Church of Springfield for over 50 years and demonstrated his love for God and his church with a lifetime of devoted service. He was a current member of the West Grove United Methodist Church.

Sam loved spending time with his wife and their new friends at Jenner’s Pond in West Grove, PA, where he lived for the past 10 years.

One of his favorite stories was sharing the fact that his family lived in the same home with Jimmy Stewart’s grandmother as a young boy.

In lieu of flowers, please consider making a donation to The Salvation Army or the American Red Cross.

To be held at a later date Jenner's Pond Retirement Community

To be held at a later date First Presbyterian Church of Springfield, PA