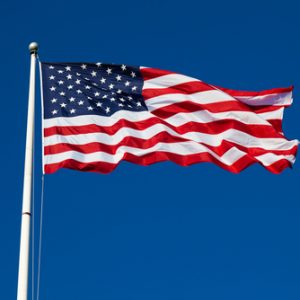 Born in 1936 in Wilmington, DE, he was the son of the late Clarence and Bertha Hamilton Deckman.

Bill graduated from Kennett High School in 1954. After high school he enlisted into the United States Army Reserves and was stationed at Fort Chaffee in Fort Smith, AR, where he met and married his wife Fran. After serving seven years, he was honorably discharged from the Army in 1965.

Bill was employed with DuPont at the Experimental Station for 15 years as a Research Photographer, Hercules Inc. for 20 years as a Project Manager, and Chester County Department of Emergency Services as a Technical Manager for 12 years until he retired in 2006.

Bill was a member of both the Kennett Area Jaycees and Kennett Square Borough Council, the Presbyterian Church of Kennett Square, and volunteered for many years with Longwood Fire Company.

Bill enjoyed attending classic and antique car shows, discussing politics, listening to oldies music, playing golf, watching baseball and football, and spending time with his friends, family, and grandchildren. He showed his encouragement and support for his granddaughters by attending their events, from Choir concerts to Girl Scout ceremonies, and had been looking forward to attending his oldest granddaughter’s high school graduation in June. Bill was loved by all and will be truly missed.
Bill is survived by his sister Lois Egan and her husband Tom of West Chester, PA; son William Deckman, Jr. and his wife Cindy of Wilmington, DE; son Jeff Deckman and his wife Kim of Wilmington, DE; daughter Suzy Knightly and her husband Jim of Avondale, PA; granddaughters Shelby and Cailey Knightly, grandson Daniel and step-granddaughter Amber. Bill was predeceased by his first wife, Fran Deckman, with whom he shared 44 years of marriage and his second wife, Doris Deckman, with whom he shared 11 years of marriage.

The viewing and interment will both be private. In lieu of flowers, donations can be made in Bill’s memory to Longwood Fire Company, 1001 East Baltimore Pike, Kennett Square, PA 19348 or the American Cancer Society, 1818 Market St., Philadelphia, PA 19103.