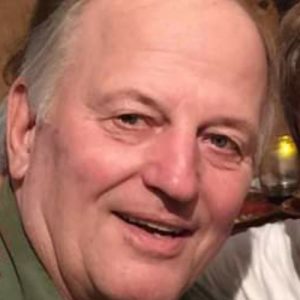 Francis J. Duszak, age 80, passed away peacefully at his home in Landenberg, PA, on August 20, 2020. He is predeceased by his parents, Stella and Francis (“Hap”) Duszak, his sister, Mary Pazzi, and his brother Edward. Fran is survived by Kathryn, his wife of 53 years, sons Francis, Jr., and David, by his daughter, Frances Ann Jackson, his three grandchildren and four great-grandchildren, as well as many nieces and nephews. He is also survived by his twin sister, Odilia (“Dee”).

Visitation and funeral service will be held at St. Hedwig Catholic Church, 408 S. Harrison Street on Friday, September 4. Visitation begins at 9:30am; funeral service at 10:30am. Interment will be held at 1:00pm at Delaware Veterans Memorial Cemetery, 2465 Chesapeake City Road, Bear, DE. Flowers may be delivered to St. Hedwig Church at 8:30am on the morning of the service. Donations may be made to Wounded Warriors Project, P.O. Box 758516, Topeka, Kansas 66675-8516, National League of POW/MIA Families, 5673 Columbia Pike, Suite 100, Falls Church, VA 22041, or Tunnel to Towers Foundation, 2361 Hylan Boulevard, Staten Island, NY 10306.

A reception celebrating Fran’s life will be held at a later date.

Fran was born and grew up in Wilmington, DE, on March 4, 1940. He attended St. Hedwig Catholic Elementary School, Colwyck Jr. High, and Brown Vocational High School. He was always very athletic and excelled in several sports, receiving awards for both wrestling and football. He played both offense and defense on Brown’s football team and played in the All-Star game in 1958.

After graduating from high school in 1958, Fran worked for Hercules Powder Company at the Research Center in Wilmington, DE. He entered the U. S. Army in 1964 and served in Vietnam before returning home in 1966. He continued to work at Hercules until his retirement in 1999. In the 80’s, he went to night classes and received an Associate’s Degree from Goldey Beacom.

Fran and Kathy met at Rehoboth Beach, DE, during Memorial Day weekend in 1966. They married in April 1967, and have been together ever since. Francis, Jr. was born in June 1968 and David was born in March 1974.

Fran is a past president of the local National Wild Turkey Federation chapter, The Laurel Long Beards. An avid turkey hunter for over 50 years, he enjoyed his 100+ hunts at his cabin in McConnellsburg, PA, where he shared many great and memorable times with his sons and some of his closest friends. He also hunted in South Carolina, where he could visit with his daughter, Francy, his grandchildren and great- grandchildren, all of whom he adored.

At the required age of 18, Fran became a member of the Polaski Legion in Wilmington, DE. He has been an active member ever since, and enrolled both sons as soon as they reached the required age. He enjoyed going to the Polaski Day Parade and the annual Polish Festival whenever he could.

One of Fran’s hobbies was gardening. Every year he planted a giant vegetable garden and got much pleasure giving most of his vegetables away to family and friends.

A runner for over 50 years, Fran remained athletic all his life. He was an active member of Hockessin Athletic Club and always exceeded expectations.

Aside from his many accomplishments, Fran was a wonderful husband, father and friend, and will be missed by many. Kathy called him “my warrior, my hero, who always made me feel safe.” His children idolized him. Each of his closest friends knew they could always count on him; he always had their backs. He was loved and admired for many reasons, including his loyalty, self-discipline and determination, his endless pranks and zany sense of humor. It was often said: “He is the toughest guy I know.”