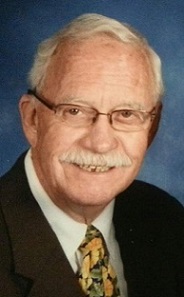 James C. Rea, age 82 of Elkton, MD, passed away on Saturday, August 29, 2020, at home surrounded by his loving family. “Jim”, as he was affectionately known, was the husband of Rita F. Rea, with whom he shared 28 years of marriage.

Born 1938 in Wilmington, DE, Jim was the son of the late Phillip Rea and the late Esther Surgeson Rea of Avondale.

Jim graduated from Avon Grove High School and went on to work at Keeners Furniture as a salesman and eventually worked as a salesman in Flooring – an industry in which he became expertly knowledgeable. He was also a Volunteer Fireman in Avondale and greatly enjoyed hunting in Potter County.

Jim was an allstar athlete through High School. He was the starting pitcher for Avon Grove’s baseball team and excelled at soccer and basketball as well. Later in life Jim became a baseball coach for his own sons with Avon Grove Little League and he also served as the Equipment Manager and Treasurer for AGLL. His proficiency as a coach even led his team all the way to the State Championships in the 70s. Jim’s love of sports also meant he was always rooting for the Phillies and the Eagles.

There was nothing Jim was more passionate about than his wife and his family. He always had a smile on his face and his fun and charming demeanor was easy to love. All who had the pleasure of knowing Jim will deeply miss the warmth, compassion and love he brought to their lives.

In addition to his wife, Rita, Jim is survived by his children, Gary (Patricia), Chuck (Diane), Cheryl (Ted), Kelley and Kristen (Paul); his step-children, Kimberly (Linda), Darrin (Sharon), Janeen (Ashley); 7 grandchildren; and 4 great-grandchildren. Jim was predeceased by his step-father, Bert, and his beloved son, Michael.

You are invited to visit with Jim’s family on Saturday, September 5, 2020 from 9:00AM to 11:00AM at Foulk Funeral Home, 200 Rose Hill Rd., West Grove, PA 19390. Following the visitation, services will be held graveside at New Garden Friends Cemetery.

Memorial contributions may be made to the Lewy Body Dementia Association, 912 Killian Hill Rd. S.W., Lilburn, GA 30047 or online at www.lbda.org.