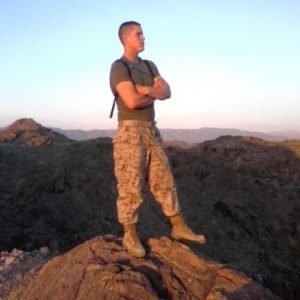 Luis Fernando Fonseca, age 35, of Aberdeen, MD, passed away on Saturday, September 12, 2020. He is survived by his mother Lanea Fonseca and his father Concepcion Fonseca.

In addition to his parents, he is survived by his siblings, Chon Fonseca (Jessica), Ana Fonseca and Julio Fonseca. He also left behind his ex-wife Nicole and their two children, Nicholas and Annabelle; girlfriend Danielle Hamburg and daughter Hadley. He is survived by numerous aunts, uncles, cousins and extended family and friends.

Born in Coatesville, PA, Luis was a graduate of Avon Grove High School in the class of 2003. He served in the United States Marine Corps as a reservist and was deployed in Iraq. Following his time in the service, Luis continued his education earning multiple technical IT certificates and progressive positions, lastly as Lead Engineer with Software Engineering Center, Communications – Electronics Command.
In his free time, Luis was an avid bicyclist, enjoyed riding his motorcycle and boating on the Bohemia River. He was a loving and devoted father to his 3 children. He was an active participant in Eli Seth Matthews Leukemia Foundation.

Friends and family will be received on Wednesday, September 23, 2020 from 10 AM until 12 Noon at the New London Baptist Church, 226 Pennock Bridge Road, West Grove, PA 19390 where a services will begin at 12 Noon. Burial of his cremated remains will be private at the Delaware Veterans Cemetery.

In lieu of flowers, Luis’ family requests donations to the Eli Seth Matthews Leukemia Foundation by going to www.BraveEli.com.