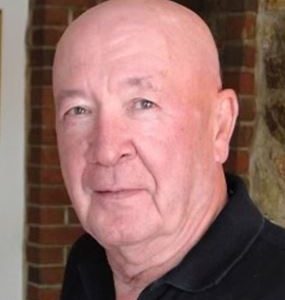 Alfred Thomas Powell, age 78 of the Unionville area, passed away on Thursday, November 5, 2020 at his residence surrounded by his wife and daughters. He was the loving and devoted husband of 53 years to Christina Filomena (Fazio) Powell. Born on May 4, 1942 in West Chester, he was the son of the late Alfred Hunter Powell and Dorothy (Hironimus-Powell) Bolin.

In his youth, Tom was an avid athlete and one of his proudest accomplishments was playing in the 1953 Williamsport Little League World Series. His athletic excellence continued at Unionville High School where he was a multi-sport athlete before graduating in the class of 1960. He continued his education at Goldey-Beacom College before serving his country in the United States Army. After being honorably discharged, he returned to Kennett Square where he worked in the mushroom industry until his retirement.

In 1967 Tom met and married the love of his life Christina and they settled in the Unionville area. While raising their three daughters he shared his love of sports by coaching them in URA basketball and umpiring their URA softball games. This love was even more apparent when attending all of his grandchildren’s sporting events and activities. In addition to sports, Tom had many hobbies that included collecting baseball cards, cooking, playing cards, golfing, darts, dancing, hunting, and photography.

In his happiest moments he could be found spending summers in Rehoboth Beach with the family, travelling the United States and Caribbean with Christina, going to the movies, volunteering at Jennersville Hospital and any form of observing nature. Most of all, he will be remembered for his infectious laugh, amazing sense of humor and being the most kind and gentle man to everyone he met.

Friends will be received on Thursday, November 12, 2020 at St. Malachi Roman Catholic Church, 76 St. Malachi Road, Cochranville, PA 19330 where guests will be received at 10:00 a.m. followed by a memorial mass at 11:00 a.m. In lieu of flowers, a donation can be made to the Amedisys Foundation, 3854 American Way, Suite A, Baton Rouge, LA 70816 or the Helen Graham Cancer Center of Newark DE. His interment will be private. Arrangements by the Kuzo Funeral Home, Kennett Square.