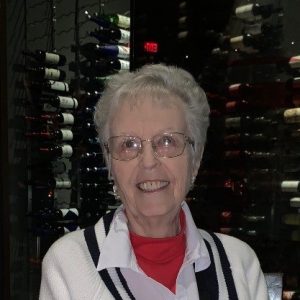 Patricia Nilan Konitzer Age 80, of Kennett Square, died November 4th of complications of idiopathic pulmonary fibrosis, unrelated to COVID-19. She was surrounded by her loving family who gently escorted her into eternal life. For the last year of her life, she had been living with her son, Patrick, in Ringtown, Pennsylvania two hours north of Kennett Square.

Born November 7, 1939 in Kennett Square on South Broad Street in the same house she would later raise her four sons, she was the only daughter among four children of the late James A Nilan Sr. and Miriam E. Broomhall. She was a proud graduate of the class of 1957 at Kennett High School. After high school she would marry the late Paul A. Konitzer, move to Florida, and become a full time mother to four boys: Paul Jr., Patrick, Kevin and the late David Konitzer. However, she would ultimately divorce and return to her birth home in Kennett Square where she quickly entered the workforce as an administrative assistant, known then as secretaries, while she and her mother, Miriam, together raised her four boys. She excelled at her job working over 30 years at only two different companies. She also worked and loved her second job as a waitress at the old Unionville Inn in Unionville, PA. She worked every Tuesday and Saturday night without complaint for decades at the well-known restaurant. Later in life, after retiring as a secretary, she would be employed as a companion to elderly persons with physical and cognitive disabilities endearing herself to many families of her clients.

Despite this diligent work ethic to provide for her sons, she managed to attend many of their athletic events and activities over the years and never missed any of their major life events. She was proud that they would go on to become a doctor, two teachers and a small businessman/entrepreneur. Work was not her entire life though. Despite her commitment to her sons, she loved to travel with friends and family and managed to travel far and wide. She visited most countries in Western Europe as well as Greenland, Iceland, Canada, even the Arctic Circle as well several nations in the Caribbean. She traveled through practically all the states including Alaska and Hawaii. If there was a casino in any of these locations, she would find herself there late into the evening, frequently emptying the contents of her pocketbook but occasionally taking home a reasonably sized jackpot. Her favorite place on earth was likely Las Vegas, NV. She even enjoyed the going to the casinos of Pennsylvania with her son up until just weeks before her death. Her second to last trip resulted in her winning a small jackpot while playing her favorite slot machine (Tarzan).

Devoted to her sons, she was struck by tragedy in 1995 when her youngest beloved son, David, was killed in a traffic accident. Amazingly, she worked hard to quickly establish a scholarship in his memory to provide support for financially needy students from Chester County to assist them in attending West Chester University, David’s honorary alma mater. The memorial fund continues to award an annual scholarship to a student up to this day.

In the end, she was loved by family and friends, especially her sons, beyond what she could ever imagined and beyond what they could ever have expressed to her. She will be sorely missed but the memory of her diligent work ethic, devotion to her family and friends, especially her sons, will be forever remembered and celebrated.

Patricia was preceded in death by her parents James A. Sr and Miriam Nilan, her brother James A. Nilan Jr and her son David S. Konitzer. She is survived by her sons, Paul Konitzer of Millsboro, DE, Patrick Konitzer of Ringtown, PA, and Kevin Konitzer of Wilmington, DE. along with her brothers David Nilan of Kennett Square, PA and Thomas Nilan of Newark, DE. She is also survived by her beloved grandchildren: Joshua Konitzer, Natalia Konitzer, David, and Daniel Konitzer along with multiple nieces and nephews.

Friends will be received on Saturday, November 28th from 8 AM until 9:30 AM at the Kuzo Funeral Home, 250 W. State St., Kennett Square, PA 19348. A Mass of Christian Burial will follow on Saturday, November 28, 2020 at 10 AM at St. Patrick Church, 212 Meredith St., Kennett Square, PA 19348 with inurnment to follow at St. Patrick Cemetery, Kennett Square.
In lieu of flowers or gifts, Patricia asked donations be made to the West Chester University Foundation for the David S. Konitzer Scholarship. Please make donations payable to the West Chester University Foundation, In Memo: David S Konitzer Scholarship and mail to 202 Carter Drive, West Chester, PA 19382.