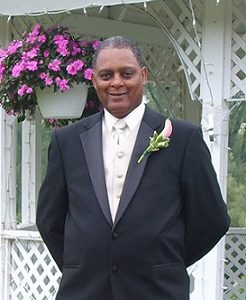 Larry was born in Lancaster, PA on June 17, 1942. He attended school in Oxford and graduated in 1960. He enjoyed singing and was a member of the State Choir during his Senior Year. He served in the United States Air Force for two years as Mess Sergeant, one of which he spent in Japan He was very fond of the time he spent abroad, meeting the people and learning their culture. He received the National Defense Service Medal and the Good Conduct Medal.

He worked at Lukens Steel Company and the Veterans Hospital in Coatesville, PA but his true calling was as Manager of Perkins Restaurant in Avondale for over 25 years. Because of Larry’s devotion to his job and the compassion he always showed to his staff and customers through the years, he was lovingly known as “Mr. Perkins!”. He considered them all like family. His many employees through the years have never forgotten those “Larryisms” that made every shift worthwhile. “If you have time to lean, you have time to clean!” “If you can’t hack it, grab your jacket!”.

Although a glaucoma diagnosis forced him to retire in 2010 from a job he loved, Larry never let it stop him. A pillar of the community, he was a dedicated 29-year member of the West Grove-Avondale Rotary with perfect attendance. He also served a term as President and was instrumental in starting the Rotaract Club at Lincoln University. He served as Club Director and Membership Chair for many years and was able to recruit a multitude of new members. Larry participated in many Rotary events such as the Annual Chicken BBQ and Pancake Breakfast and led the singing at weekly meetings. Larry also sang The National Anthem at the July Rotary Phillies Games for three years! He was also a longtime member of the Local Chapter of the Veterans of Foreign Wars (VFW) in Kennett Square, PA.

A resident of the West Grove Borough, he was often seen walking through town, stopping in to say hello at Ruffini’s Barber Shop, Marrone’s Delicatessen and the Avon Grove Library.

Larry became a member of Shiloh Presbyterian Church (formerly Second Presbyterian) in Oxford in 1954. As a young man, he attended Sunday School and was in the Youth Choir. As an adult, he continued using his voice and was an active member and soloist of both the Senior Choir and Men’s Choir. Larry’s service to his church went well beyond music. He also served two terms as an Elder and was a member of SPC Outreach Ministry, which fit him to a “T”! With his warm and welcoming smile, he was always helping others through his kind words and kind acts for church members and the community at large. For more than 50 years, he was also one of the cooks for Shiloh’s Annual Community Turkey Dinner. When his eyesight deteriorated, he became the main greeter and welcomed guests to the dinner and seating area. “May the work I’ve done speak for me.”

Larry truly loved sports! Back in the day, he played an amazing game of basketball! He played on the school teams, with his friends, and would visit other towns in the area to play competitive games. At 6 foot 2 ½, he did have a heads up on the younger men in the family. Even as he got older, he still gave his sons and other family members a run for their money and he never let them forget it!! He also enjoyed following the local professional teams, like the 76’ers, Phillies and the Eagles.

Larry truly was a dance machine. Whenever there was a celebration or party, he would be one of the first on the dance floor and one of the last to leave! He would often tell younger family members and friends, “When you get married, I’ll dance at your wedding!” And he did just that.

Larry’s love of music led him to learn the Bass Guitar. Since he couldn’t read the music, he memorized everything. He took lessons for the past two years at the Oxford Arts Alliance. He sang and played at some local venues as part of a small band called “Everyday People.”

His exuberant laughter was the main ingredient of his loving personality. If Larry was anywhere nearby, you would know it! He will be deeply missed by his family, friends and extended family.

He is preceded in death by his grandson, Malik Thompson, his mother, Gladys Boddy, fathers Homer Boddy and Charles J. Jamison, his sister Margo and his grandparents Curtis A. and Eva Mae Thompson.

The family extends their deepest gratitude to the doctors and nurses at Jennersville Hospital for their constant compassion and attentive care. In lieu of flowers, donations can be made to Shiloh Presbyterian Church, Oxford PA or the Coatesville VA Medical Center.

The Memorial Service for Larry will be held on Tuesday, January 5th at 1:00 PM at the Oxford Cemetery, 220 N. 3rd Street, Oxford PA. The service will be available on Zoom at:
https://zoom.us/j/95735157243?pwd=enU0cDcrSWl2ajUwbzFuVFVRbStIZz09

To join the Zoom live stream of Larry’s service, you will need to enter the following password: LThompson

A PROPER CELEBRATION TO HONOR LARRY IS BEING PLANNED FOR EARLY SUMMER!!

January 5, 2021 1:00PM To join a livestream of Larry's service, please click the link below at the date and time above and enter the following password: LThompson