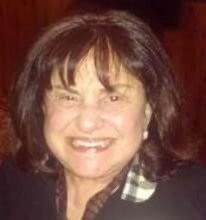 Jeanne A. Kirkman, age 92, formerly of Kennett Square, PA and Ocean City, NJ, passed away on Saturday, May 8, 2021 at Jefferson Hospital in Sewell, NJ.

Born 1929 in West Chester, PA, Jeanne was the daughter of the late Nicola Travaglini and the late Josephine DiProspero Travaglini.

Jeanne Graduated from Drexel University in Philadelphia, PA with a BA in Science and worked as a Dietician at Chester County Hospital in the late ‘60s and was the Owner of the Mini Mushroom Mart in Ocean City, NJ in the’70s and ‘80s. Jeanne was an avid gardener and deeply loved her family. Her grandchildren affectionately referred to her as “Mom-Mom SeaShore”.

A Mass of Christian Burial will be held for Jeanne at 11:00AM on Monday, May 17, 2021 at St. Patrick Catholic Church, 212 Meredith Street, Kennett Square, PA 19348. Private Interment will be at St. Patrick Cemetery.

Flowers, or donations in Jeanne’s memory may be made to EWTN.com – EWTN Global Catholic Network.