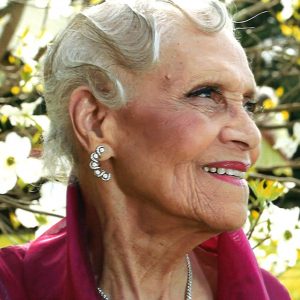 Elizabeth Hubbard Hammond passed away on 7/2/21 of various natural causes and age related illness at the age of 95. She was born in Lynchburg, Virginia (Halifax County) on 4/26/26 to John Henry Hubbard and Rozella Zora Poindexter.

She had seven siblings that preceded her in death– Mattie Mayo of Pittsburgh, PA, Dorothy Dodson of Chester, PA, John Henry Hubbard of Twin Oaks, PA, Frank Hubbard of Twin Oaks, PA, Josephine Cooper of Chester, PA, Louise Hubbard Furness of Chester, PA, and Deroy Hubbard of Chester, PA. From her siblings, she gained a host of nieces and nephews for whom she was a major force.
Elizabeth attended Nether Providence Elementary School and Chester Elementary School where she completed eighth grade. At the age of 57, she went back to school and obtained her General Education Degree, thereby completing High School. Further, she attended Sleepers Business College, completing an Associate’s Degree in Business.

While raising six children eventually as a single mother, she worked as a home domestic, a factory worker at Lasco Corp. where she assembled electrical appliances, at Allied Chemical Company handling and packaging volatile chemicals and at Crozier Chester Medical Hospital from which she retired having managed the sanitation of a wing of the hospital’s patient rooms and operating rooms. She then was hired at Mount Pleasant Church’s Childcare Center in Twin Oaks, PA where she nurtured and cared for a group of children in their Child Development Program.

Through example, she gave all her children a strong work ethic that has served them well with their independence.

Elizabeth dedicated her life to serving Jehovah God and worked diligently to live according to God’s teachings and requirements. She raised her children to serve and respect God and made sure all 6 had a strong Christian foundation. She was an avid teacher and studied the Bible AND worked hard to share her knowledge with many others as required.

She was blessed with many talents such as a fantastic jazz singer voice, a love of music, gardening, carpentry, cooking, sewing, crocheting, and maintaining a sound and spotless home and wardrobe.

She was healthy and strong for much of her 95 years and lived independently until she was 87 years old when she sold her home and moved in with her daughter Patricia McMillan who was her primary caregiver for 8 years.

Funeral services will be private at her request. Memorial Services for immediate family and Brothers and Sisters of her congregation will be organized by Brother Sylvester Maness and held via zoom on July 24, 2021.