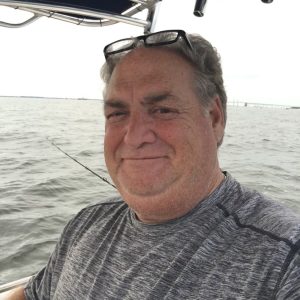 Enrico (Rick) Avello Sr., age 67 of Kennett Square, Pa, died Thursday December 23, 2021, peacefully, with his children by his side.

Born in 1954, he was the son of the late Hercules Thomas and Angela Priolo Avello. Rick was born and raised in Kennett Square. He attended grade school at St. Patrick’s before going on to graduate from Kennett High School in 1972.

From a young age, Rick was involved in the family mushroom farming business, A.C.A. Mushrooms. When the family farm was closed, Rick obtained a food science degree from Penn State University and started his own mushroom processing company known as Queens Produce. Ultimately, this business venture was everything to Rick. He built this business from the ground up and eventually, brought in his son as his business partner to continue his legacy. Rick was known within the mushroom industry as a very shrewd businessman, but he earned a great deal of respect from his peers.

Rick had many talents, from playing the accordion at a young age to becoming a gunsmith as an adult, he often became consumed with his hobbies. Throughout his life Rick pursued various interests, including scuba diving, gunsmithing, shooting, hunting, and gardening. However, there was always one true life-long passion for Rick, fishing!

Whether he was casting bucktails on the banks of the Wye River for stripers in early fall or dragging a spread of ballyhoo at the 600-fathom line to raise that ever elusive white marlin during the summer months, Rick didn’t discriminate fish species. Every spring you could find him trolling umbrella rigs of chartreuse shad for trophy stripers around the CR buoy in the Chesapeake Bay. And almost 8 months a year he would be flipping broken back rapala plugs around the Nanticoke River where he enjoyed living the last decade of his life.

For business or pleasure Rick traveled a lot, and he would make friends everywhere he went. He had lifelong friends from Kennett Square, and many newfound friendships from his residence and church in Seaford, De. However, nothing meant more to Rick than his family, and more specifically his grandchildren. Everyone within his extended family admired and respected Rick. He had a very strong bond with both of his younger siblings, Gloria and Hercules Jr.

Rick is survived by a son, Rick Avello Jr. and his wife Rebecca of Kennett Square; a daughter Erica Avello and her husband Richard Knowles of Downingtown, Pa; 3 grandchildren, Casey Avello, Frankie and Brooklyn Knowles; a fiancé Elsa Trent of Coconut Creek, Fl; his sister, Gloria Pia and her husband Richard of Kennett Square; and his brother Hercules Avello Jr and his wife Kathy of Fenwick Island, De.

You are invited to visit with Rick’s family and friends from 10:00-12:00pm on Saturday, January 8th, 2022 at First Baptist Church of Kennett Square, 415 W State St, Kennett Square, Pa 19348. A funeral sermon will be held at the church after visitation followed by a luncheon at 1:00pm at the Italian American Citizens League, 30 Ways Lane, Kennett Square, Pa 19348.
For those unable to attend, please join us live stream at https://firstbaptistkennettsquare.com/

In lieu of flowers, memorial contributions may be made to the Andrew McDonough B+ Foundation 101 Rockland Circle, Wilmington, DE 19803 in honor of Frankie Knowles. This organization was very close to Rick’s heart.