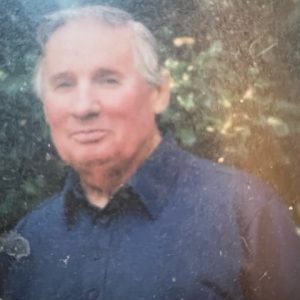 Thomas “Tom” Bell, Jr. of Kennett Square, passed away peacefully on January 8th, in Chester County Hospital. Born April 19, 1928, he grew up in Perth Amboy, NJ before moving to Philadelphia. He was pre-deceased by his wife of 64 years, Katherine Virginia Bell, who passed away in 2013.

A graduate of Carson Long Military Institute, Carlisle, PA he was a PA All-State Baseball and Football player and remained an avid fan of the Phillies and Eagles. Upon graduation he enlisted in the US Army and was deployed to Nara, Japan as part of the Military Occupation force from 1946-1948. After being honorably discharged, he attended Pennsylvania Military College (now Widener University) where he was also active-duty Army Reserves while there.

After receiving his degree in Business and Accounting, he had a long and successful management career working in the aviation and automotive industries before moving to Kennett Square and becoming a general manager in the mushroom growing and canning industry. He finished his business career serving as President, Oxford Royal Mushrooms, Inc. before retiring.

Those who knew him came to love his sense of humor, kindness and sharp business mind. In his final days, he was reading about self-driving cars, hoping the Phillies will do better next season and telling his sons not to get their hopes up about the Eagles.

He is survived by his sister Mary Guttierez of San Diego, California, son, Jeffrey Bell and daughter in law, Lisa of Kennett Square and step-son, Richard Haviland and daughter-in-law, Linda of West Chester.

Funeral services will be private.

In lieu of flowers, friends are asked to contribute to the Wounded Warrior Project in his name.
https://support.woundedwarriorproject.org/