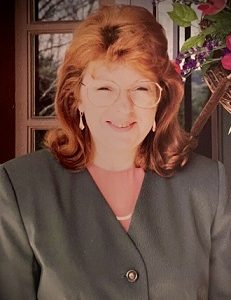 ***UPDATED INFORMATION***
For all those who plan on attending services for Geri, please use the following address to be directed to St. Agnes’ parking lot:
298 W Prescott Alley #200, West Chester, PA 19380

It is with extreme sadness that we announce the sudden passing of Geraldine M. Palecko, 69, of West Chester, PA. She gained her angel wings on January 5, 2022 after a sudden and massive stroke. Geri was a cancer survivor and was dedicated to improving her quality of life. Those of us who were blessed to be touched by her understand that her existence left an unforgettable imprint on our hearts.

After retiring, Geri devoted her time to various crafts and hobbies but her world truly revolved around spending quality time with her friends and family, especially her ten grandchildren: Todd, Tyler, Jakob, Adam, Sierra, Eddie, Beckett, Gracie, Patrick and Joey.

Geri was predeceased by her sister Patricia Kaeser. She is survived by her husband Jon, her children and grandchildren, and her siblings Jacquie Bergels, Maureen Sabatino and Jay Logan.

In lieu of flowers, the family requests donations be made to Memorial Sloan-Kettering Cancer Center, an organization her surviving family feels strongly about.