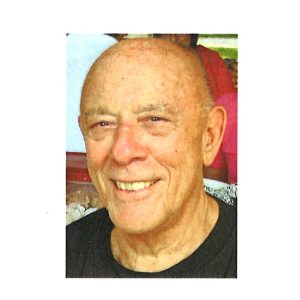 Dominic Peter Nunziato D’Orazio, Jr. passed away quietly in his home at Kennedy House Condominium in Philadelphia on May 11, 2022. He was 90 years old. He was preceded in death by his parents, Dominic and Filomena (Valentino) D’Orazio, and siblings, Nicholas D’Orazio, Antonietta Mastrippolito, and Angelo D’Orazio. He is survived by his many nieces, nephews as well as great and great-great nieces and nephews. Dominic, also known as Don, was loved by many close friends and companions at Kennedy House including Robert Devany, Sally Devany, Angelo Caserta, Kevin O’Brien, Dan DiGiorgio and John Edwards to name a few.

Dominic was born in Kennett Square, Pennsylvania where he graduated from Kennett High School, class of 1949. He studied business at Goldey-Beacom College and worked at the Ritz-Carlton in Atlantic City. He settled in Philadelphia and began his career at First Pennsylvania Bank as a teller and retired as a Vice President in 1994.

Don was an active volunteer and a fixture at MANNA since 1994. He began volunteering after retiring and started in MANNA’s Distribution Department packaging client meals – ensuring that MANNA clients battling serious illness received the nutrition they needed. He was a part of the secret sauce and love that comes out of the MANNA kitchen. He always arrived with a smile and enthusiasm that drew others to him – he made friends with the staff and volunteers alike. Dom loved to run the MANNA turnout line, but was just as happy stuffing envelopes or sweeping the floor. He actively supported and championed MANNA special events and was a generous donor to the organization. Dom has given so much and he never wanted any fuss. He focused instead on helping others and honoring friends he had lost in the early years of HIV/AIDS. He will be greatly missed by his MANNA family.

Dominic loved art and travel, and his trips included countries in Europe, South America, Asia and Africa. He was quick to acknowledge how fortunate he was to experience life in many cultures. He vacationed in Italy and in Cape May, New Jersey with family and spent winters with friends in Florida. Dominic loved his family and, over the years, he took it upon himself to plan and host numerous reunions and gatherings. He took great interest in the younger generations, sharing wisdom and knowledge in his own unique way that was always subtle and supportive. In this way he cemented his kind and generous character and zeal for life to at least three generations of D’Orazio descendants. Dominic was handsome, charming, quick witted and loved to laugh. He was the life of any gathering and he will be sorely missed by his many friends and family.

Family and friends are invited to the Kuzo Funeral Home in Kennett Square, PA for a visitation on Tuesday, May 17th from 8:30-9:30am followed by a Mass of Christian burial at St Patrick’s Church in Kennett Square at 10:00am and burial following at St Patrick’s cemetery. A Celebration of Life luncheon will be held at Portobello’s of Kennett Square in a style that we hope Dominic would be proud of. He wanted us to throw him a great party and that is our goal. Please join us.