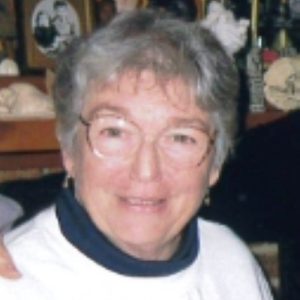 JoAnn Mauger (79) passed away on May 29, 2022. Born on February 25, 1943, JoAnn spent her youth in Phoenixville, PA. She then lived for many years in the Newtown Square/Broomall area before moving to Cochranville, PA. There, JoAnn and her husband, Bob, spent 35 years in their log cabin with their numerous horses, goats, cats, dogs, and a donkey named Milton Burro.

Following their retirement, JoAnn and Bob spent a year traveling the country in a fifth wheeler until finally settling down in Loveland, CO for 8 years. Deciding to return to the East Coast in 2018, they purchased a property in Coatesville, PA.

She was predeceased by her father and mother, Joseph G. and Anne M. McKeone (nee Quinlan) of Phoenixville, Pa., and her father-and mother-in-law, Ernest P. Mauger and Constance Mauger (nee Schafer) of Newtown Square, PA. She is survived by her husband of 49 years, Robert E. Mauger and Turtle, the cat, of Coatesville, PA and her daughter, Jacqueline “Jacqui” Mauger of West Grove, PA., as well as several extended family members scattered throughout the country.

JoAnn was a life-long and avid animal lover. She started riding when she was 8 years old and spent many years fox hunting both with the Radnor Hunt and the Cochran Hunt Clubs. It was her love of horses that in 1988 led her to found the Large Animal Protection Society. She spent 21 years as a badged (in several counties) humane officer and served as the president for a total of 13 years. During her time with LAPS, more than 3500 cases of neglect and abuse were investigated, and many abused animals were ultimately rehabilitated and rehomed.

A private memorial will be held for the family.

The view her online tribute and to share a memory with her family, please visit www.kuzoandfoulkfh.com

A private memorial will be held for the family.