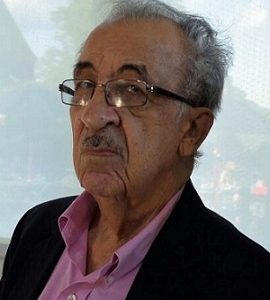 Franklin “Frank” L. Tinnin, Sr., 93, of Ellicott City, Maryland, entered into rest peacefully on June 21, 2022 at GilChrist Center in Columbia, MD. Frank was born in New Garden Township, Pennsylvania on April 22, 1929 and was one of nine children to the late John and Martha (Weaver) Tinnin. He was the husband of the late Katherine E. (White) Tinnin, who he lovingly called “Kate”.

Frank received his education in the Avon Grove School District and worked as a truck driver for 40 years until the time of his retirement. Had he not become a truck driver, he expressed that he had an interest in a career in law enforcement. He enjoyed playing cards, checkers and a good game of pool. He was a huge sports fan and would watch just about any sport on television and while on the road, listened to sports radio broadcasts. Frank also enjoyed visiting the track to watch horse racing. He was very competitive and had even taken an interest in playing dominos for a bit until he “got tired” of beating his competition.

Frank lived a very simple life and later in life grew fond of TV talk and game shows like Price is Right, Family Feud, Wheel of Fortune, Wendy Williams, Tamron Hall and Judge Judy. America’s Got Talent and American Idol were also a part of his routine watchlist. He had a love for country music and always wanted his radio on to enjoy his music at bedtime and when he was enjoying a meal. He loved having visitors, especially from his grandchildren and great-grandchildren. More often than not when they visited they could always count on a piece of gum or a snack from “Pop Pop.”

Left to cherish his memories are his children: Marlene, Dana, Bryant, Dawn, Lynda “Denise”, Valerie, Aretha (Kerry), Allyce, Robert, Raymond, Michael, Erin and RoseMarie; 21 grandchildren, 13 great-grandchildren, and 3 great great- grandchildren. He will also be remembered as the patriach of the family by a host of nieces, nephews and other relatives.

To visit his online tribute and share a memory, please visit www.kuzoandfoulkfh.com