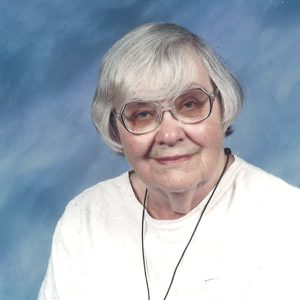 She graduated from Olney High School in Philadelphia in 1943 and received a BA from Ursinus College in 1947. Her debate team skills served her well her entire life.

She was a founding member of St. Michael Lutheran Church in Kennett Square (now in Unionville, PA) and was very active in the congregation for 65 years, from Sunday school teacher to social ministry chair. She was an expert on the life and teachings of Martin Luther.

Leona followed in her Lutheran minister father‘s footsteps by choosing a career helping others. Her first job out of college was as an adoption placement social worker with Lutheran Children and Family Services. Being a city girl, she needed to learn how to drive in order to visit the families in rural towns. Her driving instructor, Richard Souser, Sr became her husband on September 9, 1950. Leona channeled her educator mother by becoming a certificated teacher after taking the necessary coursework at Millersville State College. She taught in the Manheim PA schools during the early 50’s. After taking some time off to raise her four children, she later became a regular substitute teacher for Kennett area schools including Unionville and Avon Grove. But she was most proud of her 25 year career as a social worker for the Tick Tock Day Care Center.

Leona was a much loved and giving person. She lived in the same house in Kennett Square for 66 years. In addition to the Tick Tock and Church, she had a longtime involvement with the Needlework Guild (NGA), Girl Scouts (many years as a cookie sales chairperson), and other community agencies and causes such as the Kennett Square Housing Board. She enjoyed traveling, was a voracious reader, and loved keeping track of her family. She will be remembered for her sense of humor/quick wit and her love of all things chocolate. In her later years, she relished the companionship of her many caregivers, neighbors, and visitors. We thank them for giving her the ability to remain in her home until a few months ago.

Services will be held at St. Michael Lutheran Church in Unionville on Friday, July 15, at 11:00 AM. Before the service there will be visitation with family and friends at the church from 10:00 AM to 11:00 AM with a reception following the service at the church. The service will also be live-streamed. https://www.stmichaelpa.com/video.html Interment will be the following day, Saturday, July 16, 2022 at 10 AM at Philadelphia Memorial Park, 124 Phoenixville Pike, Frazer, PA 19355.