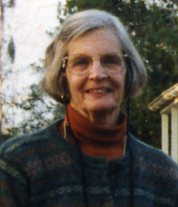 Esther Leeds Cooperman, of Kennett Square, PA, passed away on Tuesday June 21, 2022, at Chester County Hospital at the age of 95. Born in 1927 in Philadelphia to Hadassah Joanna (née Moore) and Morris E. Leeds, she grew up and lived most of her life in Philadelphia’s Northwest section. In 1957 she and Harris L. Cooperman married. In 1980 they moved first to Baltimore, and then to Easton, Maryland. She and Harris last resided at Kendal-Crosslands, a Quaker Lifecare community in Kennett Square, PA. Harris pre-deceased her, in 2016.

Esther Cooperman was a lifelong Quaker and member of Philadelphia Yearly Meeting. She was a graduate of Germantown Friends School, Swarthmore College, and the University of Pennsylvania, where she earned a Master’s degree in Political Science. She began her career as a Foreign Student Adviser for the University of Pennsylvania, and then became a Director for Junior High School and College Programs for the World Affairs Council in Philadelphia. She later served as a Personnel Consultant on Equal Employment Opportunity & Affirmative Action for the Girard (now Mellon) Bank. In the final phase of her professional life, she worked as a Placement and Career Counselor for the law schools of first the University of Pennsylvania and second the University of Maryland. A staunch believer in the importance of education, Esther served as a member of the School Committee of Germantown Friends School and on the Board of Managers of Swarthmore College. She was on the Board of International House of Philadelphia, and later the Boards of Sheppard Pratt Hospital and Health Care for the Homeless, both of Baltimore. She was President of the Board of the Eastern Shore Chamber Music Festival and a volunteer at the ACLU of Maryland, Eastern Shore.

A memorial service will be held at Crosslands in the Fall. Donations in Esther Cooperman’s memory may be made to the American Friends Service Committee, the Friends Committee on National Legislation, and the ACLU. Arrangements by the Kuzo Funeral Home, Kennett Square.