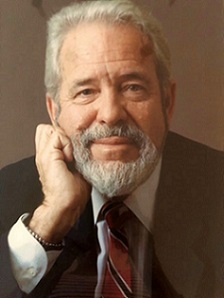 Donald P. Phillips, age 87, of Kennett Square, PA, died Saturday, August 6, 2022. He had survived his wife Suzanne Phillips, who passed in April 2020, with whom he shared 61 years of marriage. Born in 1935 in West Chester, he was the middle son of three, of Gertrude and William Phillips and lived his entire life in Kennett Square.

Don and Sue were high school sweethearts at Kennett High in the 50’s. After high school he enrolled at Penn State and received a degree in Agricultural Education.

Right out of college, Don embarked upon a career in the cultivation of mushrooms, following the footsteps of his innovative father, William Phillips, who was the first to grow mushrooms during the summer months via ice and electric fans. A few years later, his younger brother Marshall, who also graduated from Penn State, joined forces with Don to create one of the biggest farms in the United States’ mushroom industry – Phillips Mushroom Farms.

Don was indisputably dedicated to the farms and his family, and worked for years, tirelessly, seven days a week. Phillips Mushroom Farms was the first commercial enterprise to cultivate exotic products at the time, like shiitake mushrooms and portabella mushrooms and make them more accessible to US markets.

Don was a very beloved father and is survived by his three sons, Steve Phillips and his wife Sharon; Michael Phillips and his wife Arlene; and his son John (J.J.), and his wife Julianna, as well as six grandchildren, Alexis, Austin, Scott, Sarah, Skyler and Kaolin. A service will be held for family members only. In lieu of flowers, memorial contributions may be made to the Cure Alzheimer’s Fund (CAF), a nonprofit where 100% of donations support research to prevent, slow, or reverse Alzheimer’s disease.