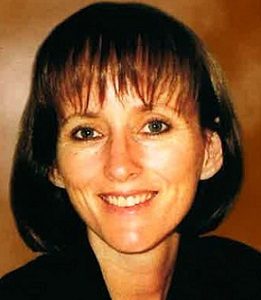 Terri Lynn Kukoda, age 62 of Lincoln University, PA, passed away on Tuesday, August 23, 2022. Born in 1960 to the late Raymond Levoy Pearcy and Anne (Thurman) Pearcy. Terri was the third daughter of four children, growing up during an idyllic period of time in the small town of Simi Valley, California.

During her high school years at Royal High, Terri developed a passion for photography and worked with special needs children at the grade school level. She especially loved when she could capture them smiling and laughing. Terri was a talented athlete, the only girl selected to play on the boys varsity tennis team. She continued her education at Moorpark College.

Terri served our country as a member of the United States Marine Corps where she met and married her sweetheart, Stephen Kukoda. They settled on the east coast where they raised their family, a daughter and two sons. She loved spending her time outdoors, whether she was cycling or enjoying a hike. Most of all she treasured time spent with her family. Terri’s grandchildren meant the world to her.

About the time she turned 35, Terri told us that she wanted to take up figure skating, and she did, even though she had not skated as a youth. This led to learning to play ice hockey, where she excelled on several competitive woman’s teams.

Terri has always been selfless and generous in her care of others. She spent many hours volunteering for the Valerie Fund Children’s Center for Cancer. She organized and participated in the arts and crafts program for children receiving chemo treatment at Robert Wood Johnson University Hospital in New Jersey. She also volunteered at a hospice facility, offering a loving, caring presence for those in the final stages of life. Most recently, Terri provided valuable support for the Elk Township, where she acted as the Treasurer.

Terri had a special sense of humor. Her infectious laugh could light up any room. Terri was warm, considerate and loving. She will be deeply missed by all who had the pleasure to know her.

Terri is survived by her husband, Stephen Kukoda; two sons, Brian (Claudia) and Eric (Alyssa) Kukoda; her two sisters, Laurie Schmidt and Cindy DeGroot, her brother, Bill Pearcy; her grandchildren, Natalie and Luciana Kukoda, and a large extended family who are all devastated by her loss. She was preceded in death by her daughter, Michele Kukoda, her parents Anne and Ray Pearcy, and her mother-in-law Zoila Kukoda.

Terri’s family kindly requests donations be made to the Robert Wood Johnson University Hospital in New Brunswick, NJ at https://www.rwjbh.org/rwj-university-hospital-new-brunswick/giving/give-now/.