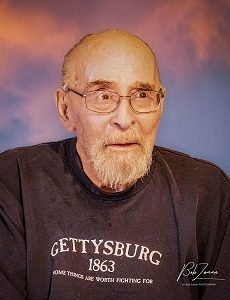 William H. Zwaan, Jr., age 87 of West Grove, PA, passed away Sunday, November 6, 2022, at Chester County Hospital. He was the husband of Margaret Mary “Peg” Meehan Zwaan, with whom he shared 67 years of marriage.

Bill served our country as a member of the United States Navy. He worked for PECO as an Electric Mechanic for 30 years. After retiring at 55, Bill went to college and earned his Bachelor’s degree. Despite suffering from a stroke during his studies, Bill graduated on time with a degree in Psychology.

Bill was a longtime member of Assumption of the Blessed Virgin Mary Parish and a devout Catholic. He was a member of the Knights of Columbus and an active Scout member for 30 years. Bill was even awarded the Silver Beaver from the Boy Scouts of America.

Bill was a kind man with a quiet strength. He deeply loved his wife, Peg, and referred to her as the “Peg of my heart”. Bill always felt that he and Peg were meant to be together. They loved to camp together and traveled in their RV around the United States. The two got along so well that the pair led marriage counseling workshops through the Catholic church.

Bill enjoyed fishing, the Phillies and had a soft spot for animals. Most of all, Bill loved his wife and family. He will be deeply missed by all who had the pleasure to know him.

In addition to his wife, Peg, Bill is survived by sons, Robert, Thomas (Shannon) and Daniel (Wendy) Zwaan; daughters, M. Mary and Kathleen Zwaan; many grandchildren, great grandchildren and a great great grandchild; several nieces and nephews; as well as his dog, Lizzie.

Bill was preceded in death by two sons, William H. Zwaan, III and Michael Zwaan; and his sister, Joan Cuff.

In lieu of flowers, donations in Bill’s memory may be made to Noah’s Ark Rescue Project and Sanctuary, PO Box 301, Uwchland, PA 19480. Arrangements by Foulk Funeral Home of West Grove, PA.