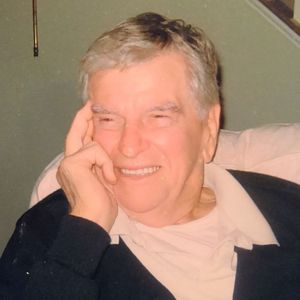 DENNIS KIME HETRICK, age 89 of Cochranville, PA, died Friday September 11, 2015, at the Jennersville Regional Hospital, West Grove, PA. He was the husband of Louise M. DeLillo Hetrick, with whom he shared 64 years of marriage.

Born in DuBois, PA, he was a son of the late Bertram A. and the late Louise (Kime) Hetrick.

Mr. Hetrick served during World War II in the Air Force as an aerial gunner in Europe, and following served on air/sea rescue crash boats.

He was a commercial insurance adjuster for many years. He also fulfilled a dream of moving to the west coast with his family and owning his own commercial fishing boat, for which he trolled the pacific for salmon and tuna.

He enjoyed sculpting and furniture making. In recent years he owned and operated his own business, GMAR Co, an architectural elements firm. He was a member of Sacred Heart Catholic Church in Oxford, PA.

He was predeceased by a brother Keith A. Hetrick of Shreveport, LA.

A memorial service celebrating his life will follow at 5PM.

Contributions in his memory may be made to the Wounded Warrior Project, P.O. Box 758517, Topeka, Kansas 66675. To view his online tribute and to share a memory with his family, please visit www.griecocares.com