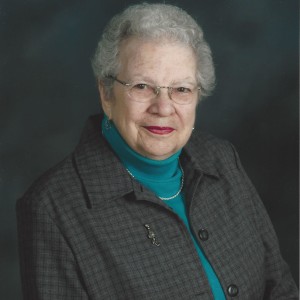 Dorothy graduated from Oxford High School where she played violin and played sports: hockey and basketball. After high school, she graduated from Goldey Beacom Business College. She was employed as a secretary/office manager/bookkeeper for a number of places, including Kennett Consolidated School District and Kendall-Crosslands Retirement Community.

After her marriage, she moved to a farm outside of Kennett Square, PA where she helped with many farm duties, including the bookkeeping. Over the years, she was very active in a number of clubs and organizations, many times serving as an officer at the local and state level. She was a member of the Business and Professional Women of Kennett Square, The Homemaker’s Club, Red Hat Society, Soroptimist Club, London Grove Grange, The Brandywine Fiber Arts Guild, Farm Women and was a 4-H leader.

She loved to spend time with family and friends, travel, play cards, garden, music, sports and enjoyed all the various crafts and fiberarts – especially sewing, weaving, crocheting and knitting. She volunteered at the New-to-You-Shop at the Ware Presbyterian Village, taught crafts at the senior center and was a poll worker during elections.

She was a birthright Quaker and always very involved in the life of the Friends Meeting (first Oxford and then London Grove), serving on many committees, teaching First Day School and eventually as Chairman of the Worship and Ministry Committee at the Philadelphia Yearly Meeting of Friends.

In lieu of flowers, contributions in her memory may be made to “London Grove Monthly Meeting” and be mailed to Douglas Myers, Treasurer, 483 West Street Road, Kennett Square, PA 19348.

Thank you for your support during this difficult time.
Please enhance this tribute to Dorothy by adding your memories.