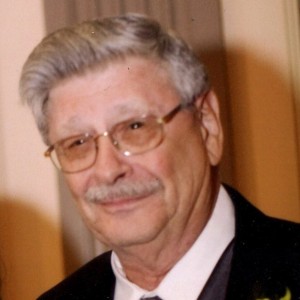 John “Jack” P. Pannell, age 83 of Kennett Square, PA, passed away Sunday, September 22, 2019 at his residence following a brief illness. Jack was the husband of his high school sweetheart, Rita Donohoe Pannell, who passed in August of 2009 after 51 years of marriage.

Jack was the son of the late Carl J. Pannell and the late Janette Vanore Pannell.

After graduating from Kennett High School in 1954, John enlisted in the Unites States Navy and proudly served our country from 1955 to 1957. Jack then worked for the United States Postal Service from 1957 to 1997. Jack also worked at Longwood Gardens from 1997 to 2007 up until his retirement.

Jack was a lifetime member of the Kennett Fire Company and a Civil Service Committee Member for the Borough of Kennett Square. He was also a parishioner of St. Patrick Catholic Church, where he served as an usher for many years.

Jack loved to vacation with his family at the beach and go out to breakfast with friends. Jack was a huge sports fan and was always rooting for the Dallas Cowboys and the Phillies. He also enjoyed reading and watching his black and white Westerns. Jack loved growing up and living in Kennett Square and was proud to call it his home.

Jack had a fantastic sense of humor. He was jovial and always a pleasure to be around. Jack’s kindness and fun-loving attitude will be greatly missed by his family and friends.

Jack’s family kindly asks in lieu of flowers that memorial contributions in his memory be made to the Kennett Fire Company, 301 Dalmatian Street, Kennett Square, PA 19348. Arrangements by Kuzo Funeral Home of Kennett Square, PA.

We thank you for your support during this difficult time.
Please share with us your fond memories of Jack.