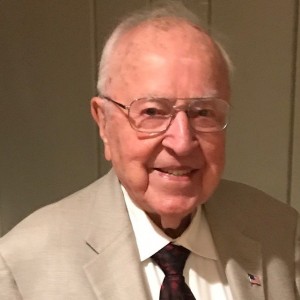 WALTER S. SOLIWODA, age 97, of West Grove, PA, went home to be with his Lord on Wednesday, October 30, 2019, at Ware Presbyterian Village. He was the husband of Helen Galloway Soliwoda, who passed away in 2015, and with whom he shared 72 years of marriage.

Born in Williamsburg, MA, he was the son of the late John Soliwoda and the late Rose Dombkowski Soliwoda.

Walt graduated from Haaren High School, in Midtown Manhattan, New York, in 1940 and immediately joined the military. He served in the United States Army as 1st Lieutenant from 1940 through 1945. He was a World War II veteran. During that time Walt served in The European Theater under General George Patton’s 3rd Army serving in England, Belgium, France and Germany.

After serving in the military he graduated from the West Chester State Teachers College (now West Chester University) on a GI bill and received a Master’s Degree from the University of Delaware.

He was a high school teacher of Social Studies, Problems of Democracy and World History, etc. at the Kennett Consolidated School District for 30 years, retiring in 1979. After his retirement he worked at the Chester County Court House, Clerk of Courts Office, and was secretary for London Grove Township for many years.

He was a devoted member of the West Grove Presbyterian Church, joining in 1947 and being active for 72 years. He was ordained as an Elder in 1954 and served as a Deacon from 1952 – 1954. He also served on the Nominating Committee and a Pastor Search Committee. He taught the Men’s Sunday School class and was cofounder of the Men’s Fellowship Breakfast Committee.

He loved traveling with his wife and was able to visit places near and far including Europe, the Holy Land, Alaska, Hawaii and much of the western United States.

Walt was predeceased by three sisters and seven brothers.

You are invited to visit with Walt’s family and friends from 10:00 to 11:00 on Saturday morning, November 23, 2019 at the West Grove Presbyterian Church, 139 W Evergreen Street, West Grove, PA 19390. A memorial service celebrating his life will follow at 11 AM. He will be laid to rest privately, beside his wife at the Faggs Manor Presbyterian Cemetery in Cochranville, PA.

Contributions in his memory may be made to the West Grove Presbyterian Church or City Gate Mission, 17 N. 7th Ave, Coatesville, PA 19320.

Thank you for your support during this difficult time.
Please enhance this tribute to Walt by adding your memories.

He will be laid to rest privately, beside his wife at the Faggs Manor Presbyterian Cemetery in Cochranville, PA.