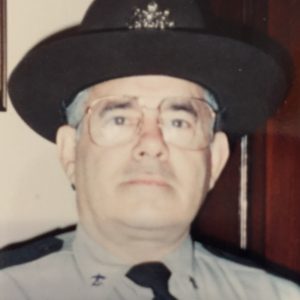 Anthony Joseph “Bucky” Bacchetta, age 85, passed away on Monday, March 9, 2020 at Jennersville Regional Hospital, Jennersville, PA. He was born on July 7, 1934, and was born and raised in Avondale, PA. He is the son of Vincenzo and Mary Bacchetta originally from Abruzzo province of Italy.

Bucky graduated from Kennett High School in 1953. After serving in the US Army in Alaska as a ski trooper, he worked in his family’s mushroom growing business for many years, drove long distance trucking, and eventually was a Deputy Sheriff of Chester County before retiring.

He loved playing pool at the Hockessin VFW Post 5892 where he also served as Post Commander as well as being a life-long member of the American Legion. He was well known in the area and loved his daily coffee klatch at the local McDonalds. He never met a person he didn’t like and always had something witty to say. He will be missed dearly by all who knew him.

His visitation and Graveside service have been cancelled. Will be rescheduled early next year.

Thank you for your support during this difficult time.
Please enhance this tribute to Bucky by adding your memories.

The Visitation haws been cancelled
It will be rescheduled early next year.

His Graveside service has been cancelled.
It will rescheduled early next year.