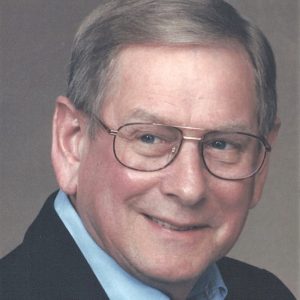 Jay was a graduate of Unionville High School and served in the U.S. Army during the Korean War. Following his military time, he was employed at Bell Telephone for over 40 years. In his retirement, he continued working for the Chester County Government.

Jay was a lifelong member of the Hamorton United Methodist Church, serving on many committees. He was a Freemason, as well as a member of the Kennett Square VFW Post 5467. In his free time, he enjoyed camping, traveling, volunteering, and gardening. Most of all, he was a devoted husband, father, and grandfather.

Jay is survived by and will be deeply missed by his daughter Jaye Ann Hostetler (Rick) of Oxford, PA, and sons Joseph Singer (Margaret) of Landisville, PA, Jeffrey Singer, Sr. (Roxana), and Jerry Singer, both of Kennett Square, PA; his grandchildren Brian Hostetler, Aaron Hostetler, Joseph Singer, Jeffrey Singer, Jr., Matthew Singer, Allison Brown, Stefan Singer, Jay Singer, and Seth Singer, and 11 great-grandchildren. He is also survived by his sister Nancy Jane Bottomley and many nieces and nephews. In addition to his wife and parents, Jay was preceded in death by his brother Jack Singer.

Due to health concerns, services will be held privately. Family and Friends are invited to use the following link to join a Live Stream of services beginning at Noon on March 20, 2020, https://zoom.us/j/987467923. Jay’s children wish to convey to his family and friends who would like to join them in honoring his memory to join them at a yet to be scheduled memorial service at Garden Spot Village in New Holland on a later date. Contributions may be made in Jay’s name to the Hamorton United Methodist Church, 1052 B, E. Baltimore Pike, Kennett Square, PA 19348; Ranck’s United Methodist Church, 700 Ranck Rd, New Holland, PA 17557; or to The Garden Spot Village Benevolent Fund, Care of Janine Ziegler, 433 S. Kinzer Ave., New Holland, PA 17557.

March 20, 2020 12:00 PM Though services for Jay will be private, family and friends are invited to use the following link to join a Live Stream of services beginning at Noon: