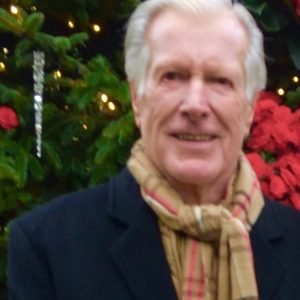 Mr. Leon Joseph Stivale, (Lee) of Kennett Square, PA departed this life on Wednesday, July 15, 2020. Lee was predeceased by his father (Joseph Stivale), mother (Amelia Stivale, nee Kuszyna) of Jenkintown, PA, and a daughter Susanne (Susie) Stivale. He is survived by his wife, Brenda, two sons, Lee Alan (Cheryl Baarsma) of Chadds Ford, and David George (Kim Craig) of San Diego, California, as well as three grandchildren, Brittany Lee, Avery William and Brayden Christopher. He is also survived by his sister, Doris Diamond, his nephews Craig and Kevin Diamond and their families, as well as numerous friends and relatives, and two fine furry friends; his pets, Shadow the cat, and his “pet” fox, Foxy.

In his younger years, Lee achieved Captains’ rank in the Artillery Division of the US Army, and set an all-time record for Forward Observer. His hobbies over the decades evolved to include building and racing cars at professional race tracks, sailing one of two beautiful sailboats at the Eastern Shore and the Atlantic Ocean, raising and training hunting dogs, and cooking gourmet meals for friends and family. Lee retired in 2005 from a long career in IT, and prior to his retirement, most recently served as Director of IT for Unisys Corporation in Blue Bell, PA.

His career responsibilities, along with a personal desire to see the world allowed him, along with his wife Brenda, to enjoy many years of travel before and after retirement to points around the globe, including Tahiti, Australia and many voyages to New Zealand. After he and Brenda moved to Kennett Square in 2005, they could often be seen at Longwood Gardens strolling the gardens or attending a concert and in later years, Lee enjoyed personally maintaining the lawn and gardens of their home, year round.

A memorial service will held in October of 2020 at Union Hill Cemetery with Military Honors. Arrangements are being handled by Kuzo Funeral Home, Kennett Square. The family requests that donations in honor of Lee be made to St. Jude Hospital for Children, 501 St. Jude Place, Memphis, TN 38105